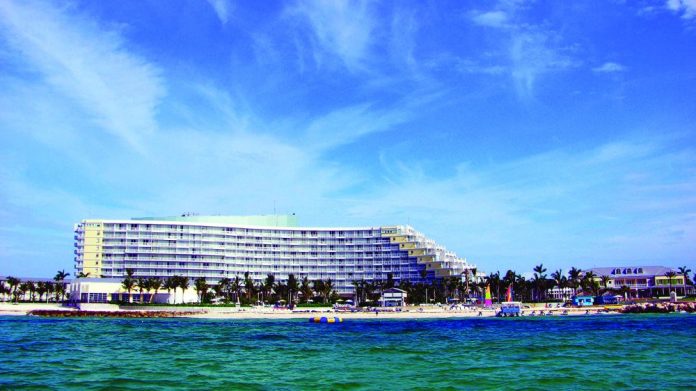 Royal Caribbean International and ITM Group have purchased the Grand Lucayan Resort on Grand Bahama and are set to undertake a major redevelopment of the property, including the addition.

Holistica Destinations, a joint venture between Royal Caribbean International and Mexico-based ITM Group, has purchased the Grand Lucayan Resort on Grand Bahama in a $65m deal.

“With our partnership in Holistica Destinations, we believe that this new development will create a world class experience for guests and deliver renewed hope for the rebirth of Grand Bahama,” said Michael Bayley, president and CEO of Royal Caribbean International.

The government of the Bahamas was the seller of the property, which it had originally purchased in 2018 from Hong Kong-based Hutchinson Whampoa.

“It was our intention to privatise the property as quickly as possible,” said Bahamas prime minister Hubert Minnis. “We wanted to ensure that we found the right buyer who shared our vision for the renewal of Grand Bahama. Our vision was the renewal and rebirth of Grand Bahama’s tourism sector and product as an essential element in the restoration of the island’s potential.”

Michael Scott, chairman of the state-run Hotel Corporation of The Bahamas, which owned the resort, affirmed the sale “signals a new dawn” for the Grand Lucayan and Grand Bahama’s wider tourism industry.

“Grand Bahama has been a field of broken dreams. There has been, on this little island, a legacy of failure that stretches back into previous administrations. This is the first step in the right direction to redressing this balance, and for Grand Bahama to come into its own and achieve the potential for which it was designed,” he stated. “You have all these components that make the deal a game changer and a win-win for all. They are going to cater to many different markets – from the young market to the old market to the middle class market. There will be something in it for everybody.”

The Royal Caribbean partnership is expected to make a $300m investment which will be split between the resort and the expansion of Freeport’s cruise port. ITM Group’s Mauricio Hamui said the joint venture plans to significantly expand the harbour’s capacity: “By the time we are finished in the winter of 2022, the port will be ready to host the largest cruise ships in the world.”

Minnis stated that the “investment will go a long way in revitalising Grand Bahama, with myriad economic and employment opportunities for more Grand Bahamians”. “After many false dawns, there is an exciting new horizon for our second-most-populous island and economic centre,” he continued.

The first phase of the Grand Lucayan redevelopment will include a 526-room hotel, a casino, a spa, a shopping centre, a water park, and a 40,000 sq ft convention centre, along with a range of restaurants and bars. “This entire project, hotel and waterpark right here plus [the] new cruise port, plus attractions down at the Freeport Harbour is absolutely monumental for tourism in Grand Bahama,” said tourism minister Dionisio D’Aguilar.

On the cruise side, a new cruise port will be built in Freeport Harbour to accommodate three ships, while subsequent phases could see capacity increased to up to seven ships. Holistica Destinations will also build a new project, dubbed Harbour Village, at the cruise terminal which will feature multiple shopping and dining venues.

Scott added that the government-appointed Grand Lucayan Board will remain in place in an oversight role. “It’s up to us on the Board to exercise our collective skills to police this, and do due diligence to ensure what is promised is delivered,” he explained.

In other Bahamas news, it was announced at the start of February that Atlantis Paradise Island will not be sold “at this time”. The resort’s owner Brookfield Asset Management has instead decided to embark on a “significant” three-year investment strategy.

Speaking to the local media, an Atlantis spokesperson said the property would focus on major renovations, including new restaurants and nightlife venues.

“We have received a number of offers to purchase Atlantis, but have made a determination not to sell at this time,” the spokesperson stated. “We have decided to make a significant investment in a renovation of Atlantis which will take place over the next three years, and will include room renovations, additional nightlife venues, new restaurants, and other expanded indoor and outdoor activities.”

A sale process, initiated last year and managed by Citibank. reportedly concluded with no preferred bidder or buyer selected.

The sale plans were first disclosed last July in a report by Bloomberg and came after an earlier deal with New York-based real estate investor, Ashkenazy Acquisition Corporation, had also fallen through.