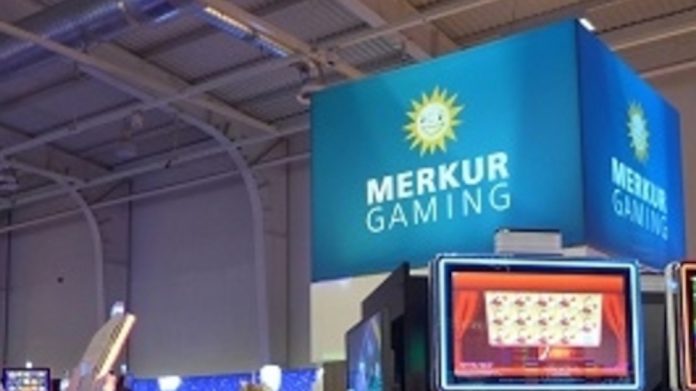 Double whammy in Boxmeer: Gauselmann subsidiary Merkur Gaming Netherlands recently celebrated the opening of its first Dutch showroom and at the same time issued an invitation to the first in-house trade fair at the newly occupied premises in the Ypex Building.

The G-Box gaming machine for the Horeca market, hailed as the “compact M-Box” also made its debut. Another product highlight to be introduced was the Multiplayer (three interconnected M-Box Trios). In addition to the 300-square-metre showroom, the Ypex building also houses a logistics centre and a number of customisation workshops where Merkur Gaming machines are tailored to customers’ individual requirements.

At the opening ceremony, representatives from Merkur Gaming Netherlands and its Dutch sales, logistics and service partner Ypex welcomed over 100 guests from the gaming industry and the world of politics. Among them was Boxmeer’s mayor Karel van Soest, who appeared impressed by the modern building. In his keynote speech, he stressed the special significance of the partnership between Ypex and Merkur Gaming Netherlands, which now represented the internationally operating Gauselmann Group in Boxmeer and hence in the Netherlands. Ypex Managing Director Paul Hutten similarly underlined in his welcome speech the trust-based, successful partnership with Merkur Gaming Netherlands.

The Gauselmann Group first entered the Dutch market over 30 years ago: “We have been conducting business in the Netherlands since the opening of the MERKUR Casino in Amsterdam in 1986. And for the past six years-plus, we have been developing video gaming machines for the Dutch arcade and gastronomy sectors. Our success shows that not only are players impressed by our products, but by extension our customers, slot machine operators, are too,” says Athanasios “Sakis” Isaakidis, Chief Executive, International, Head of International Product Management.

“One decisive factor for our success was the introduction of the Games Unlimited games in 2012. The launch of the M-Box marked another milestone. Our first-class products are obviously instrumental in our success. But we are not satisfied to ‘just’ settle for premium products – for us excellent service, and that includes local contacts, warehousing and logistics, are also a matter of course. Our site in Boxmeer now allows us to coordinate all these activities directly from the Netherlands,” explains Dirk Sondermann, Managing Director of Merkur Gaming Netherlands. The company has a second service base in Hoofddorp near Amsterdam.

In the coming months, Merkur Gaming Netherlands will present the M-Box, the Multiplayer and the G-Box at a number of other events, including the annual meeting of the Dutch vending machine association VAN on 14 November in Utrecht and at the largest Dutch food and hospitality industry trade fair from 7 to 10 January 2019 in Amsterdam. “At Horecava, we hope to raise awareness for electronic gaming among restaurant owners, especially with the G-Box. The aim is to support our Horeca customers in finding new places to install gaming machines where currently there are none,” explains Dirk Sondermann.