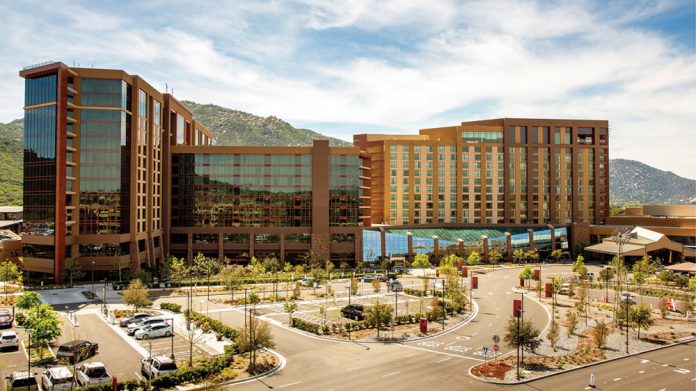 Casino Review caught up with Grant Eve, a partner at Wipfli, to take a look at some of the findings and best practice identified in the 2020 edition of the accounting and consulting firm’s Indian Gaming Cost of Doing Business Report. Following a tumultuous 12 months, we also discussed the impact of the coronavirus pandemic on the tribal sector and what it might mean for this year’s edition of the report.

Casino Review: The 2020 edition of the Indian Gaming Cost of Doing Business Report was released in November. What were some of the notable findings in this edition? Grant Eve: One of the things that jumped out to us in the most recent edition of the report was the rise in revenue. For 2019, that increase was around 2.2 percent or $9m per facility on average, while the net profit percentage was up a little from the prior year, rising to 25 percent from 23 percent.

Other regions that showed strong growth were the Pacific Northwest and California. We expect these regions to perform strongly through the pandemic and into 2021 as well.

Casino Review: In putting together the report, what have you seen in terms of common financial best practices among the most profitable tribal venues?

Grant Eve: Cost control and determining what will be a return on investment continue to be financial best practices. The most successful venues are those that are closely monitoring what they’re spending on wages.

These properties have invested in good data analytics software and have a team in place so they can really keep track of where money is being best spent.

So in terms of best practice, it’s really been those operations that are focused on generating ROI on their dollars and are actively seeking out and identifying those costs which may not be necessary.

Casino Review: For tribal casinos, would you say there’s sometimes a conflict between the perception of the casino as a revenue generator but, at the same time, as a generator of employment?

Grant Eve: Without out a doubt. In these cases you have to go back to what a tribe’s goals are for their casino. Is it to create employment or generate a profit, or is it both?

That’s where there needs to be clear communication between a casino’s management team and the tribal council to ensure that everybody clearly understands what the goals of the tribe are. If it is employment and the casino is in a rural location, that will most likely have a negative impact on net income. If it’s to generate a profit to distribute to the tribe, then you’re going see more of those cost-control measures in place.

Casino Review: Have you identified any winning combinations when it comes to amenities?

Grant Eve: It’s fair to say that different amenities have to be analysed in terms what makes sense for the region you’re located in and the customer base you are trying to attract. If you’re in upstate Minnesota by the Canadian border, you will have a different strategy for amenities than Southern California.

So it’s a case of closely looking at the location and establishing what’s been best practice in that kind of area. Operators need to avoid recreating the wheel. There’s a lot of tribal casinos out there, learning from the more successful ones has always been a proven strategy.

CR: So the big question is the pandemic, that must have been a game-changer for the industry?

GE: We’re certainly looking forward to preparing the next edition of the report. We’ve done it for over 20 years now and we’ve obviously never experienced anything like the pandemic during that time. Once we’re able to fully analyse those fiscal year 2020 numbers and look at them in the context of a range of factors – such as geography and state governments’ differing approaches to lockdowns – I’m sure we’re going to find a lot of valuable data there.

As a company, we audit and consult with over a hundred tribes on an annual basis from Florida to Washington state, and what we’re seeing so far is that those properties which were able to remain open during the second wave of COVID-19 had pretty good success on maintaining profit for the tribe and keeping people employed.

The top line, the revenue, hasn’t been at pre-pandemic levels, but these venues are seeing good profitability because they don’t have some of those amenities which in the past were either loss-leaders or about broke even. These amenities, such as entertainment, buffets and some food and beverage outlets were more to get people in the front door, but now those cost and expense isn’t there.

With table games, there might have been too much labour there; poker rooms have never historically been very profitable, nor has bingo and those have been generally closed or slow to re-open. Management is also now monitoring salaries and wages much closer. So now we’re seeing a pretty strong bottom line, even though the revenue still isn’t at those pre-pandemic numbers.

Casino Review: In your view, what does the future hold for the tribal gaming industry?

Grant Eve: I think tribal casinos will emerge from the other side of this pandemic stronger than ever. There have also been a lot of lessons learned from the perspective of service, labour, and best practices.

At the same time, tribal casinos will come out of this with a new group of clientele. Due to the shut-down orders, the limited entertainment offering available in some states has prompted people to visit tribal venues for the first time.

It’s given visitors the opportunity to see first-hand that these places are safe and clean and are following more stringent bio-security protocols than the CDC recommends, and most importantly- great entertainment where they feel valued. I don’t see that those customers are going to disappear post-pandemic.

Turning to sports betting which is on everyone’s mind in 2021, while that’s rolling out on a state by state basis, some of the tribes we’ve seen that have introduced it at their facilities have also been able to access a whole new customer base and draw a younger demographic. This will continue to progress in 2021 as we see more Tribes engage in compacts with their states so they can offer sports betting.