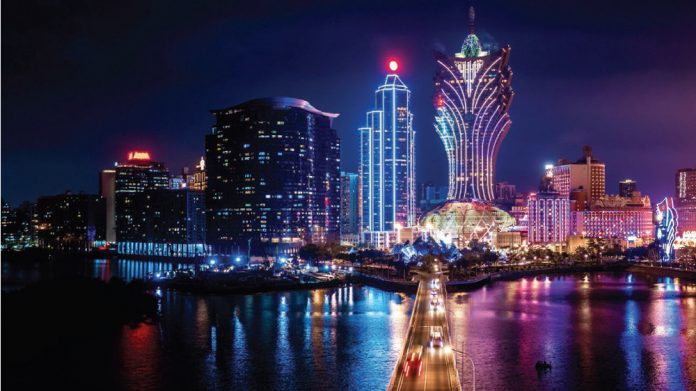 Beijing’s Greater Bay Area plan will help generate additional visitation to Macau, experts suggest. However, at the same time, they caution that Macau still has a way to go in terms of diversifying its tourism industry.

As the Chinese government pushes ahead with plans for the creation of the Greater Bay Area, analysts suggest that the project could help further boost visitation to Macau.

Beijing is looking to integrate the semi-autonomous regions of Hong Kong and Macau with nine neighbouring urban areas, including the mega-cities of Shenzhen and Guangzhou.

“The policy is to aim to develop this whole region into a single market,” says Arnold Cheng, director for Hong Kong and the Pearl River Delta at John Swire and Sons, the conglomerate which owns Cathay Pacific, and a string of other property and trading businesses across the region. “If we can have more synergy between the cities and more integration, we can make our pie bigger and every city can benefit from that.”

Gaming analysts suggest that the plan will help drive Macau footfall. “Beijing wants and needs Macau to succeed and the government will stop at nothing to ensure this. The closer all of these jurisdictions become, the easier it is to move people around between them,” stated Union Gaming Securities Asia analyst Grant Govertsen.

“Ultimately, it is the arrival of visitors that will drive the growth of Macau and effectively combining Macau into the other jurisdictions of the Greater Bay Area can only result in significantly more visitation in the out years. This is exactly why it is almost impossible to not be bullish on the long-term story in Macau.”

A crucial element in realising the Greater Bay Area was the opening of the Hong Kong-Zhuhai-Macau Bridge in October last year.

“Visitors travelling through the Hong Kong- Zhuhai-Macau Bridge accounted for 16 percent of the total visitation, this alone contributing a 20 percent year-on-year growth. Among the visitors, we believe that a lot of them could be first-time visitors or non-gamblers, as the new infrastructure has improved accessibility,” said Credit Suisse analysts Kenneth Fong and Lok Kan Chan in a note on 12 February.

“Despite not generating immediate gaming revenue, this should pave the way for longer-term growth as casinos gradually convert them into valuable players.”

Glenn McCartney, associate professor in international integrated resort management at the University of Macau, noted that the outline plan offered “a very thorough planning/vision guide”. “I do like the concepts and ideas,” he added, praising the vision for “city clusters” and the “leveraging of each city’s strengths”.

At the same time, he observed that “integrated resorts and the Cotai Strip don’t get a mention in the document, yet are the key revenue provider for the Macau government”. Speaking during a keynote address at a France Macau Chamber of Commerce Breakfast Meeting, McCartney stated that Macau still has a way to go before it achieves the government’s aim of diversifying the city towards offering a broader range of non-gaming attractions.

On 20 February, the Financial Services Bureau announced that in 2018 it had collected approximately MOP106.78bn ($13.21bn) in direct taxes on gaming in Macau, a 13.6 percent rise on year on year.

Speaking on 1 March, Macau’s secretary for Economy and Finance, Lionel Leong Vai Tac, affirmed that in the local government’s view, a further increase in the amount of non-gaming attractions offered by the local casino sector could contribute to the diversification of the source markets for the city’s tourism industry.

He also suggested that it would support the ongoing development of the mass-market, which in the first two months of 2019 had accounted for approximately half the city’s overall gaming revenue, compared to only “20 [to] 30 percent in the past”. Leong added that this shift will help ensure that the Macau market will be more “resilient” against economic fluctuations.

In a report published in late February, the International Monetary Fund (IMF) proposed that the renewal of Macau’s six gaming concessions will give the government the opportunity to further develop the mass market.

“With all six gaming concessions expiring in …2022, the authorities have the opportunity to further advance their growth strategy and should craft the new regulations with stronger incentives for operators to expand non-VIP tourism,” the IMF stated in People’s Republic of China – Macao Special Administrative Region: Staff Concluding Statement of the 2019 Article IV Mission.

“To accommodate the higher number of tourists under a mass-market and non-gaming model, infrastructure plans should advance in order to ease supply- side bottlenecks. Some of these areas are expanded entertainment, convention and exhibition options, hotels and retail, including via integrated resorts and family-oriented facilities.”

The Macau government has extended the casino concessions for MGM China and SJM Holdings until 2022, bringing them on par with the other four operators in the city. MGM and SJM’s licences – due to expire in 2020 – will now be extended for another two years with both operators required to pay a one-off fee of MOP200m ($25m).

“We believe the extensions have more to do with making the ultimate task of the licence rebid situation easier, while at the same time making sure the labour market remains stable,” said Govertsen.

Last June, SJM CEO Ambrose So Shu Fai confirmed that the company intended to seek a two-year extension for its Macau gaming concession. So stated that this would allow the company to compete for gaming rights “at the same pace” as Macau’s other gaming operators.