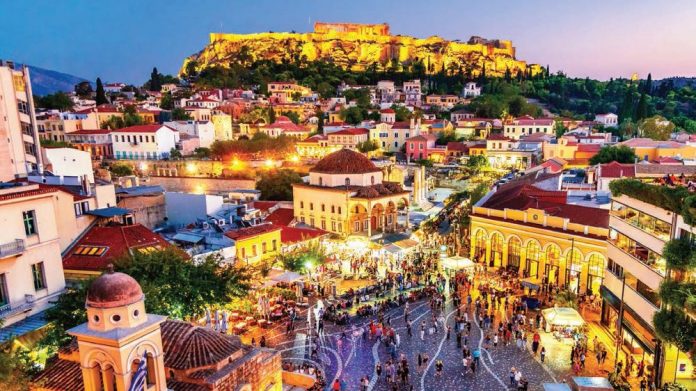 The Hellenic Gaming Commission has finally launched the tender for a 30-year casino concession at the site of Athens’ former airport in Elliniko. The new IR will form part of the long-delayed €8bn Hellinikon mega resort development.

Greece’s regulator has kicked off the tender for a casino licence as part of efforts to move forward with the long-delayed €8bn Hellinikon mega-resort development at the site of Athens’ former airport.

The Hellenic Gaming Commission announced on 22 February that it would open the bidding for a 30- year casino concession at the Elliniko site in a publication in the Official Journal of the European Union.

Interested parties were given a 60-day window to submit their applications with a deadline of 2 April 2019.

The tender terms outline that the winning operator will need to invest €1bn to develop an integrated resort, which will form part of the overall Hellenikon project.

German newspaper Handelsblatt reported that this IR will include 120 gaming tables and 1,200 gaming machines in an area of 15,000sqm. It will also include a 2,000-room five star hotel, a conference centre, luxury shops, and a theatre.

“Hellenikon can become the number one destination for conference tourism is Southern Europe,” stated Marior Kontomerkos, the CEO of Mohegan Gaming Entertainment. Speaking at the annual Delphi Economic Forum on 2 March, the chief executive added that if successful Mohegan would leverage its customer database in support of the development, which he suggested could draw an estimated 5-10 million additional visitors to the capital per year.

The companies originally acquired the 99-year lease to develop part of the abandoned airport in a €915m deal in 2014.

Greece’s economic woes have provided the backdrop for the project. It was recently reported that Greece’s European creditors are threatening to withhold €1bn of funding the country’s government was expecting to receive this spring because Athens has failed to implement previously- agreed economic overhauls.

Awarding the Elliniko casino licence is one of the actions Greece was required to fulfil prior to the European Commission’s latest enhanced surveillance report this February, explaining the government’s impetus to finally move ahead with the tender.

Despite the delay, once the development finally opens it will make a significant contribution to the Greek tourism industry’s bottom line. Speaking to Casino Review last year, Warwick Bartlett, CEO and founder of Global Betting and Gaming Consultancy (GBGC), highlighted that Chinese visitation could play a significant role in this.

In recent years, Greek officials have worked to diversify the country’s tourism sector, extending the season into the winter and spring, and targeting Asia, with bookings from China ballooning after direct flights between Athens and Beijing were launched in September 2017.

“Chinese tourists in Greece during 2017 exceeded 170,000, increasing by 10-15 percent compared to [the previous] year. Since 2010 the number of visas issued in Beijing, Shanghai and Guangzhou has grown six fold,” Bartlett explained.

“The gradual increase of the number of flights from China by the end of [2018] and the new profile of Piraeus as a home port for cruise liners are highlighted among the factors which can help further increase the number of Chinese visitors to Greece up to 1.5 million annually within the next five years,” he added.

Despite this, the future of the Piraeus port redevelopment – including the new cruise ship terminal – has recently been put in doubt after the government blocked the planned €580m upgrade by Chinese conglomerate Cosco Holdings. Deliberations between the government and the Shanghai- based firm are currently said to be at an impasse, however negotiations remain ongoing.