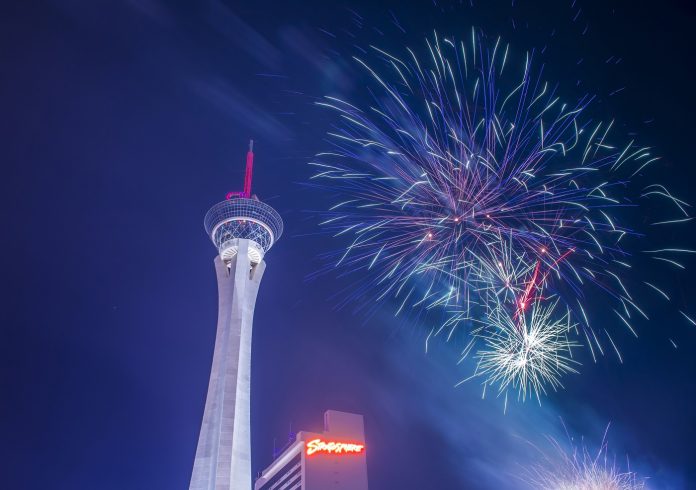 Las Vegas-based gaming distributor and casino conglomerate Golden Entertainment is adding to its properties with the $850m purchase of Stratosphere owner American Casino and Entertainment Properties.

Las Vegas’ iconic Stratosphere Casino is changing hands, Golden Entertainment announced this June that the fixture on the Vegas Strip skyline is one of four properties the company is buying from American Casino and Entertainment Properties.

The $850m deal, which will bring Golden’s portfolio of casino resorts up to eight, also includes Arizona Charlie’s Decatur and Arizona Charlie’s Boulder in Las Vegas, as well as Aquarius Casino Resort in Laughlin.

Golden will pay $781m cash and about four million shares of its stock to American’s owner, a real estate private equity fund managed by Goldman Sachs.

“This is a transformational event for our company, creating a significant gaming portfolio centred around Nevada-based casinos that, in addition to our Pahrump properties, will include two well-known Las Vegas local casinos, a destination resort in Laughlin, and the iconic Stratosphere property on the Las Vegas Strip,” says Golden Entertainment’s CEO Blake Sartini.

Sartini also sees the “recent investment activity” on the north end of the Las Vegas Strip – where the Stratosphere is located – as a prime opportunity to develop the 15 acres of land around the property.

This transaction drastically alters the composition of Golden’s business, with its pro-forma revenues from casinos now rising from 24 percent of Golden’s total revenues to 61 percent.

In its first quarter results this May, Golden Entertainment generated record net revenues of $106.6m, representing an increase of 17.1 percent over last year.

Released prior to the ACEP acquisition, the majority of this came from the company’s distributed gaming business, which involves the operation and servicing of gaming and amusement devices in many third party locations, as well as in company-owned locations, and made up 76 percent of revenues.

“Turning to our casino operations, we saw continued healthy net revenue and double-digit EBITDA growth in both Pahrump and Rocky Gap,” explained Sartini, speaking during the company’s Q1 earnings call.

“Pahrump benefited yet again from the implementation of our disciplined operating principles throughout the business as well as our efforts to further enhance the guest experience.”

Maryland passed a new law in April, offering operators the chance to purchase the Maryland State Lottery-owned gaming devices on their casino floors.

“With the new law [Senate Bill 495] signed by the governor in April, we now have the same opportunity to purchase the state-owned slot machines at Rocky Gap, in exchange for a 10 percent reduction in our slot tax. We expect the tax reduction to begin 1 July of this year,” Sartini added.

Golden Entertainment has stated that it continues to evaluate further strategic M&A opportunities which will allow the company to “leverage [its] deep understanding of the distributed gaming and casino businesses”.