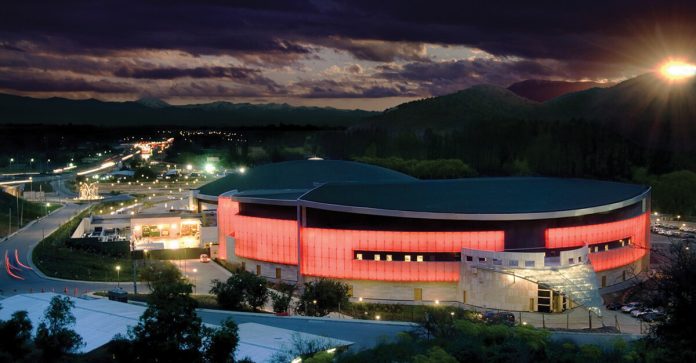 Operators interested in gaining a foothold in Chile’s expanding casino industry should look to its regulator’s website, where new guidelines as to the application procedure for one of seven new licences have been published.

[dropcap]A[/dropcap]ccording to a press release from Chilean casino regulator the Superintendencia de Casinos de Juego, operators interested in vying for one of Chile’s seven upcoming casino licences are now able to download application guidelines from the SCJ website.

The news follows on from the confirmation that the country’s government had given its approval to the opening of a tender process to run the new municipal casino properties.

As of May 13, a ten-day period saw the SCJ conduct consultations with any and all interested parties in order to clarify application and operational requirements.

Applicants are expected to pitch their final proposals – along with all requisite documentation – before the public hearing regarding all technical bids which has been slated to take place on November 4.

Once all bids have been received, a verification process will take place in order to ensure all requisite criteria have been met by each prospective operator. The vetting process is to assess factors such as the origin and sufficiency of funds, as well as a technical evaluation. Once this process has been completed, the SCJ’s executive council will tally each bidder’s “score” and request any additional information, if required. A 60 per cent “pass” rate will be the minimum requirement in each jurisdiction, with the licence being awarded to the highest-rated operator in the instance of multiple bids.

The opening of this tender process comes on the back off an amendment to Chilean gaming legislation made last summer. Law No. 20,856 permits the country’s casino industry to expand by almost a third.

“The central ideas that the process is articulated around and which constitute the spirit of the new law are to guarantee increased revenues with maximum transparency and objectivity in the adjudication of concessions,” claimed an SCJ spokesperson. “This will be done by awarding them to the highest economic offer in clear processes, both in terms of format as well as evaluation methodology, causes for exclusion, transparent criteria, the determination of a minimum guaranteed bid, operational continuity of the casinos and public hearings.”

At present, Chile has over 12 casinos in operation, distributed throughout ten cities. The largest property currently is the municipal casino in the coastal city of Vina del Mar – which boasts just over 1,500 slot machines and 90 table games.

The last time a tendering process took place in Chile was in 2005, with the process ending in a legal challenge from Thunderbird Resorts – after all six of the company’s license applications were rejected by regulators.

CHILE’S INTERNATIONAL PROSPECTS – GETTING IN ON THE GAME

[dropcap]W[/dropcap]hilst South America as a whole presents operators with a number of potential pitfalls – political and economic challenges, grey markets and a patchwork quilt of social measures, regulatory processes and attitudes – Chile has proved itself as a relatively safe bet for international casino operators. Its gaming infrastructure is sophisticated – indeed, the country was deemed a suitable setting by leading African operator Sun International for its first trans-continental venture back in 2009. Sun has continued to throw extra weight behind the country’s relatively dependable casino sector, in the form of a high profile (and newly approved) merger agreement with Chilean-based operator Dreams SA. Seeming as though the chief executives of both Sun and Dreams have gone on the record to say that their pooled efforts will concentrate on continued expansion throughout the LatAm region, it would be a fairly safe bet to assume that their names will soon grace the desks of the SCJ at some point throughout Chile’s latest licence tender. But Sun may not be the only high-profile international name encountered throughout the bidding process.

With shrinking revenues and profits throughout many of the major Asian economies, it’s possible that the modest but dependable year-on-year growth enjoyed by the Chilean sector of late may also prove a tempting investment prospect to Far Eastern gaming corporations seeking more reliable opportunity abroad.