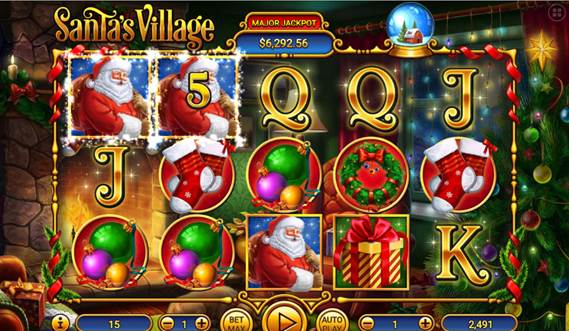 The 5×3 slot sees Santa set off on a jolly walk through the snowy lanes, visiting “gift houses” as he lands on winnings spins.

These transform the grid’s theme and transport him and his famous sleigh into various new worlds, inspired by some of the world’s most popular video games.

In the spirit of season, players are treated to free games including expanding Santas, gifts from his sack, and sticky re-spins when they enter a gift house.

The grid’s symbols feature all the festive charm associated with Christmas, including colourful baubles, neatly-wrapped gifts and stockings, all accompanied by a Yuletide soundtrack bringing merriment to players on all devices.

Toni Karapetrov, head of corporate communications at Habanero, said: “With anticipation building up to Christmas, we’re sure players will love Santa’s Village, where they’ll travel through different worlds of gifts and festive fun.

“The vibrant and jovial title will see Santa present players with big wins when he appears on the reels, as he also takes another step towards the free-game packed gift houses. Christmas really has come early in Santa’s Village!”