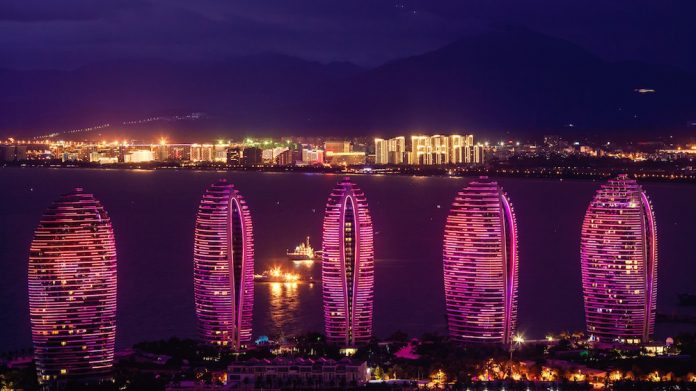 Resort operators on Hainan have been in informal discussions with government officials regarding introducing “entertainment gaming”, a cashless form of casino gambling.

Media reports suggest that at least five Chinese-owned resorts on the southern island of Hainan are making preparations for the introduction of “entertainment gaming”, essentially a cashless form of casino gambling where players buy in with real money and receive points to redeem non-money prizes.

The resorts’ owners have reportedly held informal discussions with Hainan officials in recent months and are hoping to introduce gaming floors at their properties.

“From our conversations with people on the ground, they are positively excited about the changes that appear to be coming through soon,” said Ben Lee, managing partner at gaming consultancy iGamiX.

Gambling is illegal in mainland China and Beijing has given no public indication that a policy change is on the horizon.

However a court ruling back in December 2017, may have set the wheels in motion for the introduction of so-called “cashless casinos”.

In 2010, the State’s Council for Promoting the Construction and Development of Hainan, announced that “entertainment projects would be piloted to explore the development of sports betting lottery and tickets on large-scale international events.”

These reforms led to ten licences being issued for a category called “entertainment gaming”. But these licences were soon nullified, after one licensee, The Mangrove Tree Resort, was accused of gambling, and four of its staff were jailed.

In December last year, a Hainan court overturned that decision, ruling that the “entertainment bar” at The Mangrove Tree was a “different mode of operation from the casino’s mode of operation”, and therefore legal.

In clearing the Mangrove Tree, the court essentially revalidated the licence, paving the way for it, and potentially other licence-holders to look at reopening their entertainment gaming operations.

Lee suggests the court’s decision could ultimately lead to “full blown” casino licences being issued on Hainan “five to ten years from now.”

“The high court in Hainan would not have done that without approval from Beijing,” Lee stated. “It’s part and parcel of the overall initiative to let things that are illegal in mainland China to exist in Hainan.”

“The whole idea behind the cashless casino was to invigorate the economy in Hainan; they had tried everything else but lacked the necessary spark. So now they’re finally going to let them try this concept again.”

Despite this, at present it remains unclear whether Beijing will ultimately sign off on entertainment gaming.

“The government will face challenges to decide their attitude toward a gambling-themed model,” said Bloomberg Intelligence gaming analyst Margaret Huang. “The balance between regulation and economic development is hard.”