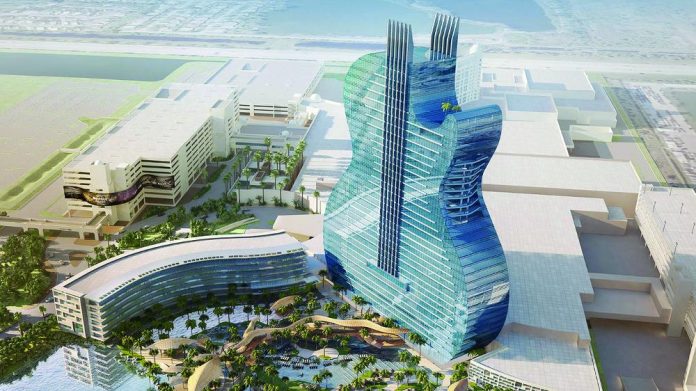 The first phase of the Hard Rock Entertainment World complex near Vila-seca and Salou in Catalonia, which will include the hotel and casino portions of the development, could begin construction by May 2020.

The announcement came during a meeting on the 3 April between member companies of the Tourist and Recreation Complex (CRT), the consortium which is developing the project.

Hard Rock still has to finalise the 120m purchase of the land the project is to be situated on, which is currently owned by La Caixa, Spain’s third largest financial institution.

Developed in partnership with PortAventura World, the 665m first phase of the project, dubbed Hard Rock Hotel and Casino Tarragona, España, will include a thousand-room hotel, a casino, a shopping precinct, and leisure and entertainment facilities.

Alongside this project, its reported that PortAventura will also develop a 400-room family-orientated hotel. The project will additionally see the construction of new conference areas, further building on the PortAventura Convention Centre’s established business, which hosted more than 250 conferences in 2017.

In May 2018, the official gazette of the Catalan Ministry of Economy and Finance announced that it had granted formal approval for the 2bn Hard Rock Entertainment World project in Tarragona province.

“The Hard Rock brand has very positive connotations, [and] there will be spaces for concerts, a commercial area, and hotels. This won’t be Las Vegas nor Macau. A better point of comparison would be Singapore,” said Octavi Bono, the Generalitat’s director general of Tourism. He acknowledged that “PortAventura has worked very hard to ensure that this project would move forward”.