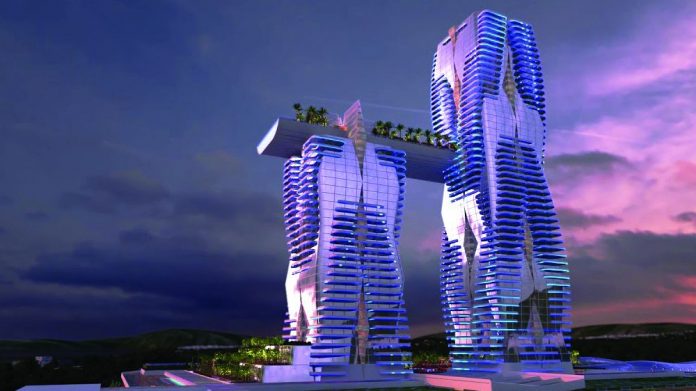 Hard Rock International has appealed the Hellenic Gaming Commission’s decision to award Mohegan Gaming and Entertainment a casino concession which will form part of the EUR8bn Hellinikon megaresort development in Athens.

The longdelayed process to issue the licence for a new casino resort concession at the site of Athens’ former Elliniko International Airport has hit a further snag, after the only other bidder in the tender process has contested the regulator’s decision.

Florida-based Hard Rock International, owned by the Seminole Tribe, has appealed the Greek government’s decision to award Mohegan Gaming and Entertainment a licence for Inspire Athens, an integrated resort which will form part of the EUR8bn Hellinikon mega-resort development in the country’s capital.

MGE was named as the winner of a two-way competition in January after the national regulator, the Hellenic Gaming Commission, disqualified Hard Rock’s application. Following the announcement, Hard Rock indicated it planned to contest the decision, with the company alleging that the licencing process was tainted by “a clear conflict of interest”, given that a law firm which advised the commission also had represented Mohegan’s local partner, construction firm Gek Terna.

“Based upon the evidence gathered, Hard Rock believes the outcome of the initial decision was improperly determined,” the company said in a statement. “Hard Rock remains confident in its submission and firmly believes its proposal is the best for [Hellinikon] and Greece.”

“We are confident that the judicial and administrative systems, whether in Greece or the EU, will recognise that Hard Rock International has been unfairly treated. Hard Rock remains supportive of the current Greek administration and is hopeful that prime minister Mitsotakis will personally take action to investigate the claims put forth in our appeal”.

Hard Rock International chairman and CEO James Allen has strongly criticised the Hellenic Gaming Commission’s handling of the tender process. He argues that the reasons provided by the Greek government for disqualifying Hard Rock – including lack of financial viability, allowing its bank guarantee to lapse and insufficient development experience – do not hold up to scrutiny.

Allen also highlighted the potential conflict of interest raised by the close relationship between Gek Terna’s law firm, the Tender Review Committee and the HGC. “KLC, the law firm that has been representing Mohegan’s partner for the last 10 years, is the same law firm advising the Committee and the Commission on our disqualification,” he contended. “They claim there is no conflict. Come on.”

Allen also singled out a Greek minister who had reportedly stated that HRI’s appeal “won’t matter,” before it was even filed.

“He basically stated that it’s predetermined that the appellate process will still be in Mohegan’s favour,” he explained. “So one has to ask, if you’ve already made up your mind that you’re not going to listen to any of our issues before you’ve even read them, then how is that a fair process?

“Our hope is that the prime minister and other officials were not aware or involved in this situation and that prime minister Mitsotakis and the Parliament will make the appropriate corrections to ensure a fair process.”

The Inspire Athens bid was put forward by a consortium made up of MGE, Gek Terna and Steelman Partners.

The project will include at least 120 gaming tables and 1,200 slot machines, as well as a luxury hotel, food, beverage, and retail outlets, a conference centre and event space.

In an October press release, MGE said it wanted to “reposition Athens as the preferred MICE destination”.

“Our overarching design was meant to be iconic in nature, yet characterise Athens’s historic architecture and rich culture while adopting a new stylistic narrative that inspires the region’s future,” said architect Paul Steelman.

The integrated resort will form part of the EUR8bn Hellinikon mega-resort development. The project will be undertaken by a consortium led by Lamda Development, Greece’s main private property developer, in partnership with China’s Fosun Group, and Abu Dhabi-based developer Eagle Hills Properties.

“It is our hope that Inspire Athens would be the catalyst that sparks the entire development of the Hellinikon area into the coveted Athenian Riviera,” said Mario Kontomerkos, MGE’s chairman and CEO. The IR development is set to occupy approximately 15,000sqm of the overall 6,200,000sqm Hellinikon project.