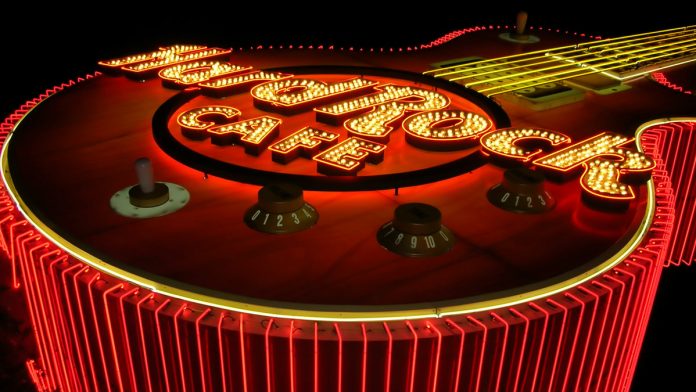 Among the big foreign brands poised to invest heavily in Japan’s new casino market is the all American Hard Rock Cafe International.

[dropcap]T[/dropcap]he cafe and casino chain is currently looking for partners to jointly bid for a highly coveted licences, when the time comes to present its case before one of two local governments selected for development.

“We can either play a lead role or a partnership role,” chief exec Hamish Dodds said early November. “We really hope that we can collaborate with Japanese partners and institutions.”

Hard Rock will not be alone. Several other mammoth operators, including Las Vegas Sands, Wynn resorts and MGM Resorts International will be pulling out all the stops in getting their hands on a lucrative permit.

There’s greater discussions in the commercial sector now about how and when this will be realised.

Executives from the aforementioned operators, Hard Rock included, had all gathered in Tokyo for an integrated resorts and gaming conference earlier in November, where they pitched their plans to local companies, politicians, and local governments. In the current structure of the bill, operators will need all three of these bodies on side – approval from the local government and a partnership with a local developer, before being able to apply for a licence from the central state.

“The feeling we get is that this is more likely to happen now,” Dodds said, adding that he expects Japan’s market to soon surpass revenues of $10bn. “There’s greater discussions in the commercial sector now about how and when this will be realised.”

The privately-held Hard Rock, which is already expanding operations into China with rock’n’roll music-themed hotels and restaurants, stated that it gets more than half of its $4.5bn revenues from its gambling divisions.