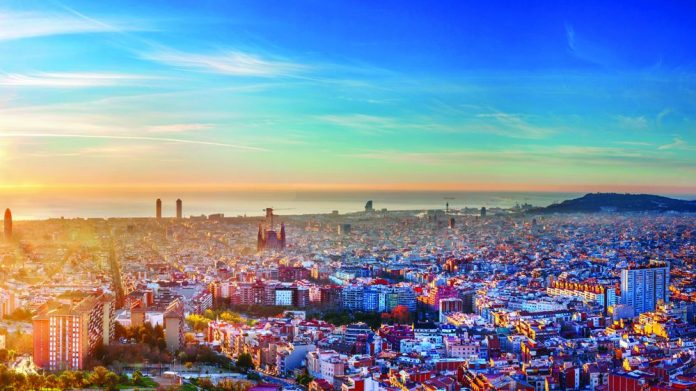 Hard Rock International has been granted a three month extension to its gaming licence for the Hard Rock Entertainment World development in Catalonia, however, the company has yet to purchase the land for the project. Meanwhile, over in Greece, the firm is facing uncertainty regarding its bid for a casino concession to form part of the EUR8bn Hellinikon mega-resort development in Athens.

The regional government of Catalonia has granted Hard Rock International a further three month extension to its gaming licence for an integrated resort project in Tarragona province. However, the company still has to purchase the land on which the development will be built. Seven years after plans for an IR situated next to the PortAventura World entertainment resort on Catalonia’s Costa Daurada were first announced, Hard Rock Entertainment World has yet to get of the ground.

The project, previously known as BCN World, had gone through various permutations over the years, before Hard Rock’s EUR2bn proposal was given the green light by Catalonia’s Ministry of Economy and Finance in May 2018.

The company’s licence for the project was due to expire on 5 December while the Generalitat de Catalunya had granted Hard Rock an earlier six month extension for the development, situated near Vila-seca and Salou.

The firm’s local subsidiary has already invested some EUR5.5m to maintain the rights to the licence. Although it was previously reported that the regional government had “exercised its option to buy” the land for the project from La Caixa, Spain’s third largest financial institution, this now appears not to have been the case.

In December, Damià Calvet, minister of Territory and Sustainability, acknowledged that there remain “some unresolved issues” in negotiations between Hard Rock and La Caixa.

Despite this, he affirmed that there “isn’t an alternative” for the development to move forward if Hard Rock is unable to reach an agreement with the banking foundation. The announcement represents something of a policy u-turn by the Generalitat.

Back in June, Calvet had stated that Incasòl, Catalonia’s land development institute, would acquire the land, after which it would be transferred to Hard Rock, with the government acting as an intermediary.

La Caixa is reportedly asking for between EUR110- 120m for the hundred hectare parcel, adjacent to Port Aventura. Nevertheless, this figure could increase further.

The former owners of the land have filed a legal challenge arguing that the compensation they received when the area was expropriated 30 years ago to build the entertainment resort was calculated based on an incorrect land category.

Developed in partnership with PortAventura World, the EUR665m first phase of Hard Rock Entertainment World, dubbed Hard Rock Hotel and Casino Tarragona, will include a thousand-room hotel, a casino, and leisure and entertainment facilities.

Alongside this, Hard Rock will also build a shopping precinct in partnership with Value Retail. The property’s casino will be among the largest in Europe and will include 1,200 slots and 100 gaming tables.

Over in Greece, the announcement of the winner of a tender for a casino resort concession in Athens has once again been pushed back. Hard Rock is competing with fellow US firm Mohegan Gaming and Entertainment for the licence to build and operate a casino resort as part of a long-delayed tourist development at the site of the former Elliniko International Airport.

In November, the Hellenic Gaming Commission said the announcement of the winning bidder would be delayed after one of the two companies failed to provide all the necessary financial data with its application.

A later report in Business- Daily.gr implied that Hard Rock was the responsible party and raised the possibility the casino operator could be disqualified. Such a suggestion has drawn a strong rebuke from Hard Rock, with the firm criticising what it characterised as a climate of “gossip and innuendo” surrounding the process and threatening legal action if it were to be knocked out of the tender due to an administrative foul-up.

“I question why have there been so many false leaks since day one of this process. It has been non-stop gossip and innuendo from …the beginning, which of course should trouble all of us. Leaks undermine the process and ultimately undermine the institution itself,” said Hard Rock representative Michael Karloutsos, speaking to The National Herald.

During a press conference at the Hard Rock Cafe in Athens in late August, chairman and CEO of Hard Rock International Jim Allen said that if the company was successful in its bid, its total investment would “be significantly higher than EUR1bn”, while construction time for the property would be around 24-26 months.

The integrated resort will form part of the EUR8bn Hellinikon mega-resort taken by a consortium led by Lamda Development, Greece’s main private property developer, in partnership with China’s Fosun Group, and Abu Dhabi-based developer Eagle Hills Properties, Hellinikon has been described as “Europe’s biggest urban regeneration project”, and will include residential space, a park, offices, shopping malls, cultural venues, and a marina.

Allen clarified that Hard Rock would finance the investment with private capital and bank loans, both by foreign and Greek banks.

“Normally, the financing scheme includes 40 percent equity and 60 percent borrowing, and that is about how we expect to move ahead in Athens.”