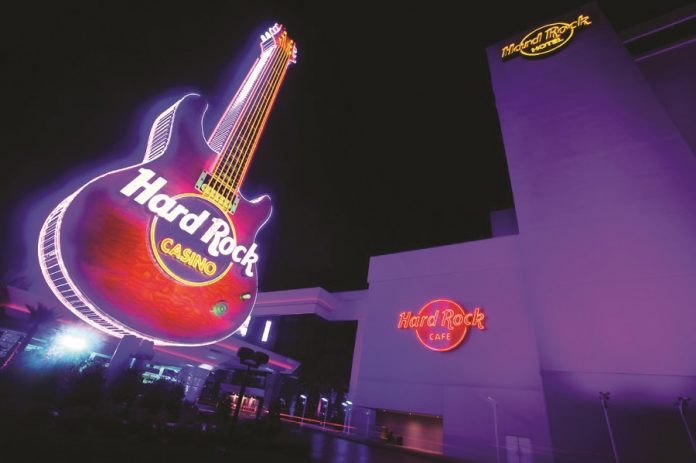 The E2bn integrated resort will be located in Vila-seca in Catalonia’s Tarragona province, around 70 miles along the coast from Barcelona, designated as the site for the Center for Recreation and Tourism (Centre Recreatiu Turístic or CRT) – formerly known as the BCN World – by the Generalitat de Catalunya.

Hard Rock has initially earmarked E600m for the first phase of the project, the Hard Rock Hotel & Casino Tarragona, which will include one of Europe’s largest casino floors with 1,200 slot machines and 100 table games.

The firm has stated that the Catalonia development will offer a “unique combination of hotels and convention areas, with world-class entertainment, dining and shopping” as well as a concert venue with a capacity of 15,000.

The complex will be built next to the existing PortAventura World entertainment resort and Hard Rock has announced a partnership with PortAventura for the construction of a 500-room family-oriented hotel. Value Retail will be another major local partner of the project.

Hard Rock and the retail brand are planning to develop a 10,000-square-meter tourism shopping destination with around 75 shops. Phase One of the project is expected to employ over 11,500 people temporarily and permanently.

It is believed that the integrated resort will generate more than E1.3bn in economic benefits for the region. While other major casino operators, including Melco International Development and Genting Group had also previously shown interest in the project, the government has confirmed that Hard Rock was the only company to submit a bid before the 30 June deadline.