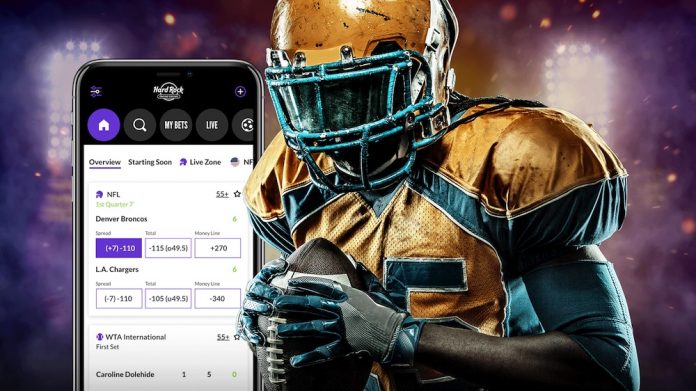 Hard Rock International has invested in sports betting services with its latest agreement with Gaming Innovation Group (GiG) to add an omni-channel sportsbook to its online casino.

Players in New Jersey will soon be able to place bets on sports including all-American favourites such as football, basketball, baseball, hockey, college sports, soccer and more. They will be able to play online at HardRockCasino.com, on mobile via the Hard Rock Casino iOS and Android apps, and over the counter or at terminals inside the Hard Rock Hotel & Casino, Atlantic City.

Since its launch in July this year, HardRockCasino.com has rapidly reached $1m in revenue in the state of New Jersey, which only recently opened its doors to regulated online gambling. The lightening-fast success is due to Hard Rock taking its highly recognisable Hotel & Casino brand experience online through GiG’s flexible, robust and scalable technical platform service and its best-in-class front end website service GiG Magic. Players have also been able to benefit from the Wild Card Rewards system, Hard Rock Hotel & Casino Atlantic City’s exclusive loyalty programme.

The addition of the Sportsbook to GiG’s existing partnership with Hard Rock is a milestone agreement for the online gambling specialist who, after nearly two years of development of its sports betting platform, has won the highly sought-after tender in competition with some of the world’s major sportsbook providers. This latest agreement follows a Letter of Intent signed between GiG and Hard Rock on 12 October 2018.

Kresimir Spajic, SVP Online Gaming at Hard Rock International, says: “The forthcoming launch of the Hard Rock Sportsbook in New Jersey will mark another step towards becoming a significant player in the national and international Sports Betting and Online Gaming industry. In the past few months GiG has proven to be an innovative, capable, flexible and trustworthy partner. Such qualities together with vanguard Sportsbook technology and services enabled GiG to win our New Jersey Sportsbook RFP. We are positive that the extension of our partnership with GiG together with “skin” partnerships with leading international operators will enable Hard Rock Hotel & Casino Atlantic City to reach its ultimate goal of becoming New Jersey’s Sports Betting and Online Gaming market leader.”

Hard Rock has chosen the full suite of GiG’s sports betting services including GiG Sports Connect, GiG Trader and GiG Goal. There is potential to expand the partnership further in the future in other US states.

The supreme court in the US recently revoked the federal ban on US sports betting opening up for state-by-state regulation. More than 20 states with a total addressable market of around half of the US population are expected to open up by the end of 2023. The total middle market range is estimated at $6bn split 50/50 offline and online, where online will be dominated by mobile (source H2GC).

Robin Reed, CEO of GiG, says: “I am proud and delighted to have signed this agreement with our partner Hard Rock, our first inroad to sports betting in the exciting US market. It also headlines our continually strengthening partnership with Hard Rock across our iGaming ecosystem. It was a highly competitive pitch against the best sports books in the world, all vying to open up the US market. Hard Rock choosing GiG to power its Sportsbook is a clear statement as to the quality of our cutting-edge Sports Betting Services at this very early stage of their roll-out. Hard Rock is a strong brand with scale, wide reach and with the same high ambitions as us. We look forward, with excitement, to continuing to support Hard Rock’s expansion and geographical growth.