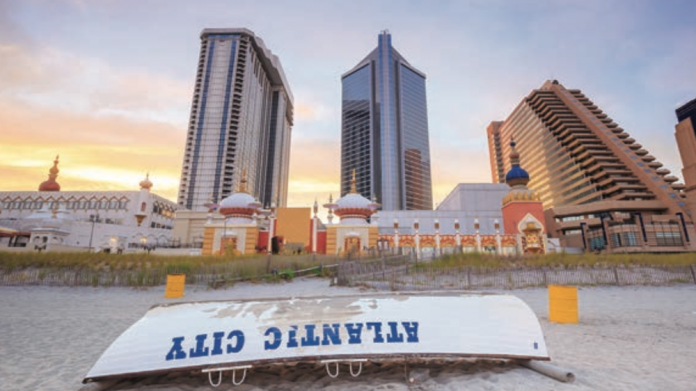 A wildly successful July for the recently opened Hard Rock Hotel and Casino provided some much needed gloss to some wholly underwhelming performances in Atlantic City.

The first full month of operation from the recently-opened Hard Rock and Ocean Resorts premises was always going to provide a boost for Atlantic City, at least with a certain degree of trepidation attached. Such predictions have been proven correct on all counts with the two new properties boosting overall revenues to heights unseen since 2010 despite all seven land based casinos operational this time last year seeing a decline.

Land based revenues came in at $272.32m for July, an increase of 10.13 percent on the same period in 2017 whilst online gambling brought $25.89m to the table and the recently legalised sports betting garnered $1.61m. With all the above taken into account it means that the town’s land based operations fell just short of $300m in revenues for the month, a seemingly positive result all ends up.

It is however, in the makeup of the figures that the true story lies. New venues and fresh forms of online gaming have taken a considerable piece of the pie that the seven existing casinos had only just begun to enjoy post-recession.

The Borgata continued its stay at the top of the tree, counting $71.1m in casino wins for the month, yet this represented an almost seven percent drop on 2017 results. The picture was not any prettier throughout the town with Bally’s win falling just shy of ten percent, Resorts saw a drop off
of 12.72 percent and Harrah’s counted 14.14 percent less than last year.

Whilst on face values the figures would tend to back up claims that the new market entrants would cannibalise revenues it is pertinent to note that the combined take of Hard Rock and Ocean Resorts was $48.1m and the combined loss of the existing seven properties was just $23.1m.

The worry be that the former Revel property will fail to reach the heights its multiplicity of owners have promised since its construction with the casino coming dead last in the market with revenues of just $15.8m and scupper any positivity that can be generated.

Only time will tell what happens in Atlantic City and the direction of the market is not likely to become immediately apparent until at least this time next year due to the
closing of the conventional tourist season.

The only certain seems to be that the recognisable branding of Hard Rock and it’s dedicated programme of entertainment options would appear to stand it in good stead whilst those at Ocean Resorts may look over in envy. Whether the latter can turn itself a success and how the rest of the pack fare with the new market saturation is all in the cards.