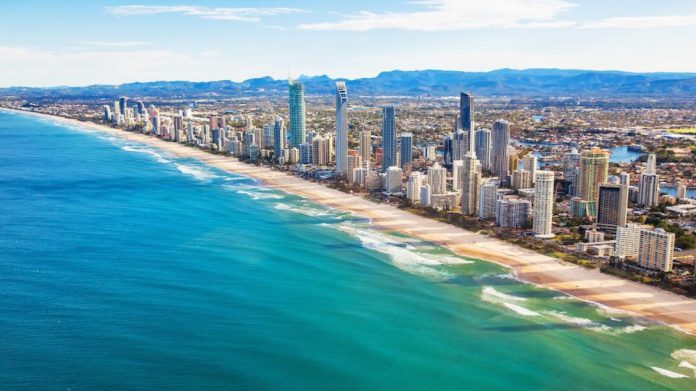 The Florida-based entertainment and casino operator has proposed the development as part of Queensland government’s 2017 Global Tourism Hubs programme.

“What intrigues us is the holistic model presented by the Queensland Government for the IRD plans,” said a letter presented by Hard Rock to both council and state governments. “We believe Queensland has a strong market potential for a new product.”

The proposal follows the announcement this month by Tourism Minister Kate Jones that the state legislator would permit no new gambling machines in the region.

Despite acting as a brake on the state’s growing $20m per month industry, Jones stated the ministry backs the IR development, adding that “Hard Rock no longer rely on poker machines for their revenue.”

Gold Coast Mayor Tom Tate also observed the ban “doesn’t prohibit the person who operates, whether it’s on a general or casino licence, to acquire more machines at auction.”

Tourists to Queensland, esti- mated to bring $18bn into the local economy annually, are currently only served by the Star Gold Coast casino, which is this year undergoing a $345m expansion to include a 17 storey hotel tower.

Alongside the casino, Hard Rock stated the resort would remain “entertainment-centric,” proposing the inclusion of restaurants, hotel facilities, and a performance venue.