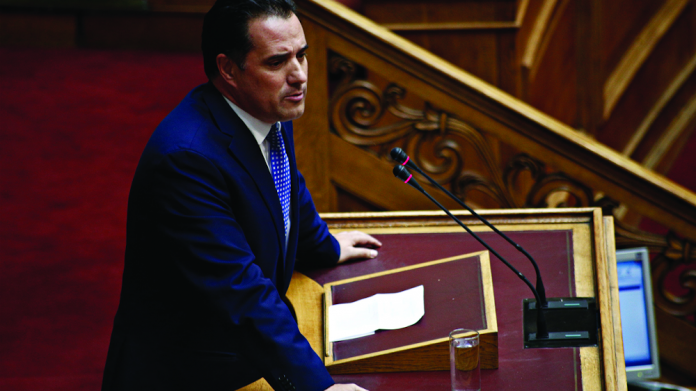 Development Minister Adonis Georgiadis reports that Kyriakos Mitsotakis’ new government is aiming to get the long-delayed Hellinikon mega-resort development back on track before the end of the year.

It will probably come as no surprise to those following the story that the tender for a casino concession at the site of the former Elliniko International Airport in Athens has once again been pushed back, this time until the end of September.

Despite this, the country’s new development minister Adonis Georgiadis affirmed that the recently-elected government is looking to speed up the regulatory process to allow construction of the long-delayed Hellinikon mega-resort project to launch before the end of the year.

Georgiadis said the ministry would accelerate the licensing process so that Lamda can lease the property from the state and begin construction as soon as possible.

“The goal is to address any obstacle preventing the immediate commencement of this work as soon as possible,” he emphasised.

GBGC’s Lorien Pilling explained that the election of the centre-right New Democracy party under prime minister Kyriakos Mitsotakis “has increased the likelihood of the Hellenikon regeneration project coming to fruition after years of delays”.

During the company’s annual shareholders’ meeting on 27 June, Lamda’s CEO, Odysseas Athanasiou, blamed the previous leftwing SYRIZA government for the delays in moving forward with the project, asserting that his firm had filed the necessary paperwork back in February.

According to a report in I Kathimerini, sources in the Mitsotakis government contend that despite claims by the previous administration that 95 percent of the planning procedures for the Hellinikon were complete, there remain dozens of outstanding issues still to address.

“It was argued that elements within the previous left-wing SYRIZA government had repeatedly tried to stall the project but with Greek youth unemployment running at almost 40 percent, investment in such ventures is much-needed.” Pilling continued. “The New Democracy party has promised to “kick start” the Greek economy and Hellenikon would seem an ideal project to do just that.”

Nevertheless, he cautioned that for the last ten years Greece has experienced frequent shifts in its political landscape, adding that the ultimate success of the project will hinge on the country having a stable government.

“But what regeneration projects like Hellenikon need to succeed is a period of political stability for economic policies to be implemented,” Pilling clarified. “In the last decade Greece has had six elections and Mitsotakis is the country’s eighth prime minister (including caretakers) since George Papandreou came to power in October 2009.”

At the end of July in was confirmed that the Hellenic Gaming Commission has once again postponed the deadline for the submission of offers for the Elliniko casino license – originally set for 22 April – until 30 September.

The latest delay will reportedly give the new government time to process several outstanding planning decisions relating to the project in August.

The tender terms outline that the winning operator will need to invest EUR1bn to develop an integrated resort, which will form part of the overall Hellenikon project.

German newspaper Handelsblatt reported that this IR will include 120 gaming tables and 1,200 gaming machines in an area of 15,000sqm. It will also include a 2,000-room five star hotel, a conference centre, luxury shops, and a theatre.

American firms Mohegan Gaming and Entertainment and Hard Rock International are currently said the be the front-runners for the concession. Greece’s Development and Investment Ministry has reportedly recently met with both operators to allay concerns regarding the project’s future.

While fellow US operator Caesar’s Entertainment and Genting Malaysia had both previously been linked to the tender, it has been suggested that the companies have lost interest due to the repeated delays.

This July it was reported that Mohegan has partnered with Greek contractor GEK Terna to jointly bid for the Hellinikon casino concession.

“We strongly believe that GEK Terna’s …deep knowledge of the Greek market will help us fulfil our vision for the Hellinikon area, for Athens and Greece as a whole,” stated Mohegan CEO Mario Kontomercos.

He added that, if successful, the company is looking to make a “sizeable investment” in a casino resort at the Elliniko site and would leverage its customer database in support of the development.

Prior to this, in March, Kontomerkos suggested that the Hellenikon development had the potential to “become the number one destination for conference tourism is Southern Europe”.