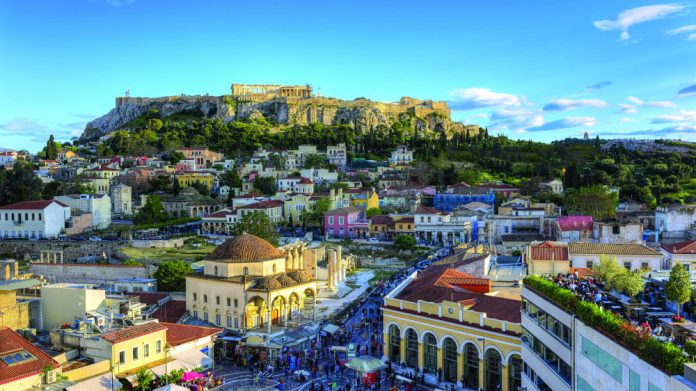 Lamda Development’s CEO Odisseas Athanasiou reported that work on the EUR8bn Hellinikon mega resort project at the former Athens airport could begin by the autumn.

Lamda Development is hopeful that it can start “Europe’s biggest urban regeneration project” in the autumn provided it secures the property from the state in June, the company’s CEO said.

The firm, Greece’s largest property developer, won a government tender for the redevelopment of the former Ellinikon International Airport in 2014 but following years of delays has still to be handed control of the site.

The company plans to build an EUR8bn megaresort project, dubbed Hellinikon, which will include an integrated resort, along with residential space, a park, offices, shopping malls, cultural venues, and a marina.

Last summer demolition crews began work on the site, which is three times the size of Monaco. “If the transfer [of shares] takes place in June…you’ll start seeing construction work, if not in the summer, in the autumn,” said Lamda Development CEO Odisseas Athanasiou, speaking during an economic conference in Athens. He added that the firm has already secured EUR2.5bn to help finance construction.

Greek lawmakers approved a contract transferring partial ownership of the site to Lamda Development in late March. Hellinikon “will be a metropolitan pole of global appeal which…will showcase Athens as a tourist destination, a business hub and a spot of recreation in the wider Eastern Mediterranean region,” finance minister Christos Staikoura stated.

Meanwhile, Mohegan Gaming and Entertainment has restated its commitment to realising the IR component of the development. The move came following the resignation of the firm’s president and CEO, Mario Kontomerkos, at the end of March.

“Mohegan Gaming and Entertainment (MGE) remains committed to Inspire Athens, the company’s flagship investment plan in Europe, and will continue to support the development project as set out in its strategic plan,” said James Gessner, Jr., chairman of the Mohegan Tribe, in a statement. “The Board of Directors of MGE will ensure the smooth transition of the new leadership and the smooth implementation of the corporate plan in cooperation with the Hellenic State and the partners of MGE.”

Set to be developed in partnership with local firm GEK TERNA, the Steelman Partners-designed Inspire Athens will include 3,450 beds, a figure market sources estimate corresponds to some 1,700 rooms. The IR will also include a 23,700 sqm conference and exhibition centre, along with a sports and cultural centre with a capacity for 10,500 people. The resort’s casino will cover 15,000 sqm and will include at least 120 gaming tables and 1,200 slot machines.

The local community has been waiting a long time for the development. The airport site, including disused runways, terminals and former Olympic venues, has sat abandoned for almost two decades.

The airport closed its doors in 2001, and aside from being used by refugees until 2017, the land has been vacant ever since.

After prime minister Kyriakos Mitsotakis’s administration took power in 2019, it prioritised getting the stalled Hellinikon project moving again. It will form the centerpiece of the so called Athens Riviera, the redevelopment of 50 miles of coastline that stretches from the port of Piraeus to the Temple of Poseidon at Cape Sounion.

“The map is about to change,” said Giannis Konstantatos, mayor of Elliniko. “This will give the area a great boost – for income, for jobs, and for us to claim a place in the world of tourism.”

Cyprus Casinos’ (C2) capacity cap was raised to 50 percent at the start of June. The firm, backed by Melco Resorts and Entertainment, had previously been allowed to reopen its properties at 30 percent of their capacity on 17 May. Cyprus Casinos “temporarily” suspended operations in December for “health reasons”, citing a Cyprus “government directive”. The operator currently runs four casinos on the island: at Limassol; Nicosia; Ayia Napa and Paphos.

It is also developing an integrated resort, City of Dreams Mediterranean, in Limassol, which is scheduled to open in summer 2022. For the quarter ended 31 March, Melco characterised Cyprus Casinos total operating revenues as “insignificant”, compared to $18.8m the firm generated in Q1 2020. The operator generated negative Adjusted EBITDA of $6.4m in Q1 2021, compared with Adjusted EBITDA of $3.2m for the same period last year. The year-over-year decrease in Adjusted EBITDA was primarily a result of temporary government-mandated casino closures during the entire quarter.