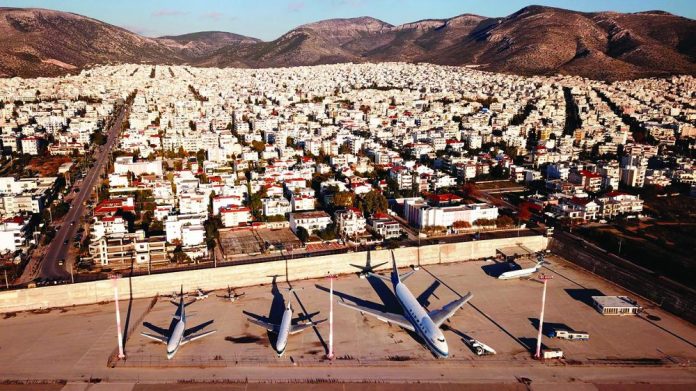 The tender deadline for a 30-year casino concession to form part of the long delayed E8bn Hellinikon mega resort development has been pushed back until the end of June.

The tender for a casino licence at the site of Athens’ former airport in Elliniko has hit yet another setback.

The Hellenic Gaming Commission announced on 22 February that it would open the bidding for a 30-year casino concession as part of the long delayed €8bn Hellinikon mega-resort development in a publication in the Official Journal of the European Union.

Interested parties were given a 60-day window to submit their applications with a deadline of 22 April 2019, however this has now been pushed back to the end of June.

Media reports suggest that the extension is related to outstanding zoning issues at the site, while an unspecified number of ministerial decisions are pending, as well as an environmental impact study, with the possibility that both may need additional months to conclude.

Three investors – American firms Mohegan Gaming and Entertainment and Hard Rock, and Malaysia’s Genting – have completed the submission of their comments both on the casino license concession terms and on the terms for leasing the property.

While Caesar’s Entertainment had previously been linked to the tender, it has been suggested that the US-based company has lost interest in the development which has suffered repeated delays.

The companies originally acquired the 99-year lease to develop part of the abandoned airport in a €915m deal in 2014.

The Hellenikon consortium is also said to be growing frustrated over the delays, and has emphasised that the development of the casino is vital to the overall project.

At present it is still unclear when the winning applicant will be named. The Hellenic Gaming Commission has affirmed that the international tender will be “conducted on the basis of the most economically advantageous offer based on the best price-quality ratio.”

The tender terms outline that the winning operator will need to invest €1bn to develop an integrated resort, which will form part of the overall Hellenikon project.

German newspaper Handelsblatt reported that this IR will include 120 gaming tables and 1,200 gaming machines in an area of 15,000sqm. It will also include a 2,000- room five star hotel, a conference centre, luxury shops, and a theatre.

Back in March, Marior Kontomerkos, the CEO of Mohegan Gaming and Entertainment stated that the Hellenikon development had the potential to “become the number one destination for conference tourism is Southern Europe”. He added that if successful Mohegan would leverage its customer database in support of the project, which he suggested could draw an estimated 5-10 million additional visitors to the Greek capital per year.