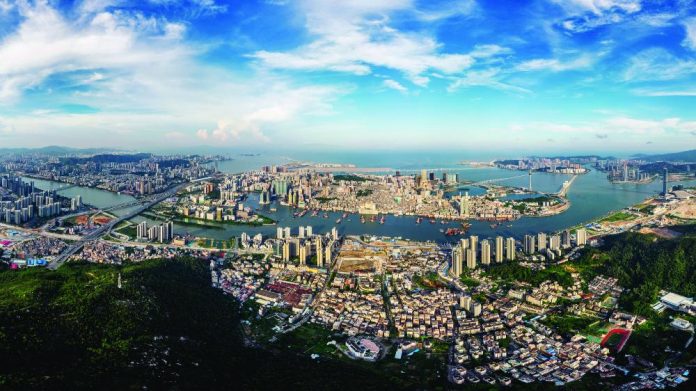 Beijing’s decision to move forward with plans to develop Hengqin as part of the Greater Bay Area initiative has been welcomed by analysts, who note that non-gaming expansion on the island will provide additional hotel capacity for Macau.

The Chinese government is pushing forward with plans to develop Hengqin in order to support the “moderate economic diversification” of Macau.

China’s State Council issued a statement on 1 April confirming that it has agreed to a proposal to develop Hengqin as an “island for international leisure and tourism”.

The new initiative forms part of China’s policy of promoting the development of the Guangdong-Hong Kong-Macau Greater Bay Area.

Gaming analysts suggest that the plan will help drive Macau footfall. “Beijing wants and needs Macau to succeed and the government will stop at nothing to ensure this. The closer all of these jurisdictions become, the easier it is to move people around between them,” stated Union Gaming Securities Asia analyst Grant Govertsen.

“Ultimately, it is the arrival of visitors that will drive the growth of Macau and effectively combining Macau into the other jurisdictions of the Greater Bay Area can only result in significantly more visitation in the out years. This is exactly why it is almost impossible to not be bullish on the long-term story in Macau.”

Published in February, the outline plan for the Greater Bay Area stated that Hengqin would be developed into a “high-standard international leisure and tourism island” in order to “complement Macau’s development into a world tourism and leisure centre”.

Following the latest announcement, Sanford C. Bernstein said it expects further development of Hengqin to help support the Macau market in the long-term.

In a note on 3 April, the brokerage affirmed that Hengqin has developed considerably since it became part of the Guangdong Free Trade Zone in 2015, while Bernstein analysts predict further growth and increased footfall.

“Galaxy has rights to a large swath of land on the southwestern corner of Hengqin to be developed as a non-gaming resort in the future.

The first phase of the Novotown development will include Lionsgate Entertainment World, set to open in H1 2020; a National Geographic Ultimate Explorer “interactive exploration centre”; and a Hyatt Regency Hotel.

Alongside this, several years ago, Galaxy Entertainment Group announced plans to build a $1.6bn “lowdensity integrated resort” in Hengqin orientated towards the mass market.

However, Galaxy vice chairman Francis Lui recently highlighted that while the firm continues “to be very optimistic for [Hengqin in] the long term”, it believes that there is still a need for additional “changes” to immigration rules which would allow the island to become more closely integrated with Macau.

“Truly, we felt Hengqin and Macau are two sides [that] should cross-fertilise a lot more. Right now, the immigration policy is that our customers, when they go from Macau to Hengqin, they do not have the visa to come back,” he explained.

“This is a national policy that needs to be in place before Hengqin can become much more integrated with Macau. This is something that we continue to be communicating with the government.

“We think it is going to happen, now the question is the amount of time. We continue working on the plan to make sure what we’re going to build in Hengqin is going to complement what we have in Macau. Meanwhile we wait for the policy to be introduced …without the policy of getting our customers in there and back, it is difficult for us to start any project soon,” Lui added.

While noting that the outline plan for the Greater Bay Area offered “a very thorough planning/vision guide”, Glenn McCartney, associate professor in international integrated resort management at the University of Macau, suggested that the initiative overlooked the key role of the casino industry in Macau.

“I do like the concepts and ideas,” he added, praising the vision for “city clusters” and the “leveraging of each city’s strengths,” he stated.

At the same time, he observed that “integrated resorts and the Cotai Strip don’t get a mention in the document, yet are the key revenue provider for the Macau government”. Speaking during a keynote address at a France Macau Chamber of Commerce Breakfast Meeting, McCartney stated that Macau still has a way to go before it achieves the government’s aim of diversifying the city towards offering a broader range of non-gaming attractions.