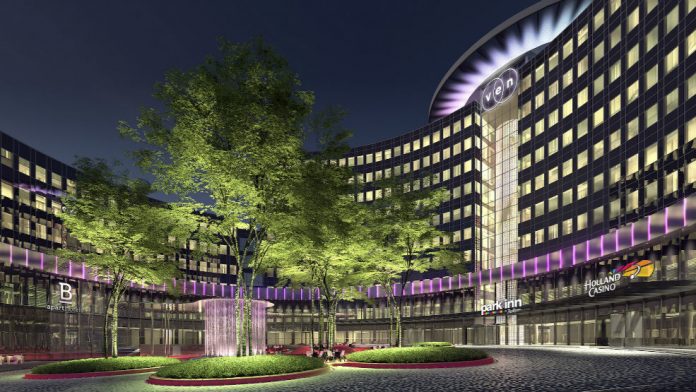 After hosting its 40th anniversary celebrations in October, Holland Casino has unveiled plans to open its second casino in Amsterdam next year.

In front of Holland Casino on the Badhuisplein square, more than 1,000 guests congregated to watch a free concert with DJs and Dutch singer Gerard Joling, before the party moved inside the casino itself.

Over the coming months, Holland Casino venues across the Netherlands will be hosting their own birthday promotions.

“For 40 years, Holland Casino has been the only real casino in the Netherlands,” said CEO, Erwin van Lambaart. “We offer the most exciting and surprising games. At the same time, safe and responsible gaming remains our top priority. We have refined our prevention policy. It flows through the veins of our employees and thus we set the standard, both nationally and internationally.”

Van Lambaart added: “We have a rich history but also look to the future – a future where much is going to change, and Holland Casino is working hard to make preparations.”

The 40th anniversary celebrations came as Holland Casino announced it had become the latest partner of the Ven Amsterdam hotel, convention and entertainment complex, which is currently being built in the Dutch capital. The operator said it would open a 24-hour casino at the state-of-the-art property next year. Holland Casino Ven Amsterdam will be the group’s second gambling venue in the city. However, given the restrictions on the number of venues permitted, the company said it will close its under performing casino at Schiphol Airport.

Commenting on the announcement, van Lambaart said the new casino will be in a prime location that can be easily reached by both Amsterdam residents and guests of the city.

Located in the west of the city the 42,000sq.m Ven Amsterdam facility will feature Park Inn by Radisson Hotels, a range of serviced apartments, convention space, numerous dining options, a spa, nightclubs and other entertainment facilities.

Holland Casino said it would be investing E30m into the 5,500sq.m venue, which will employ up to 300 people once operational.