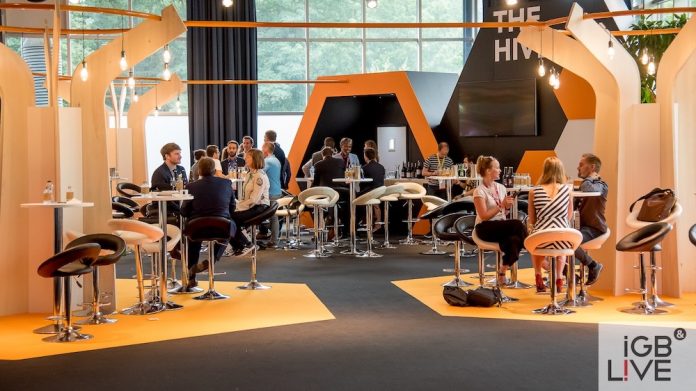 iGB Live! the new launch which brought together iGaming Super Show, EiG and Amsterdam Affiliate Conference into a single consolidated event, has captured the imagination of the international interactive industry.

Preliminary figures released by organisers Clarion Gaming show a total of 4,750 gaming industry professionals (53% of whom were either C-Level, President/VIP or Directors) from 113 jurisdictions drawn from all sectors of the business attended the successful launch which was held at the RAI, Amsterdam, 17 – 20 July, 2018.

Shona ODonnell, Clarion Gaming’s Portfolio Director and the person responsible for curating the new event, believes the launch has demonstrated the popularity of creating consolidated and robust event brands as well as providing a platform for future growth and development. She explained: “We have brought together three brands that were strong in their own right into a new consolidated event and the initial feedback suggests that decision has been the correct one.

“The initial numbers are marginally up year on year, but that tells only part of the story. What I think is particularly pleasing for myself and the entire team is that all of the anecdotal evidence has been very positive. I think the industry appreciated what we set out to achieve, especially where we took some calculated risks in trying to redefine the learning experience with iGB Live! HQ. The content and the cachet of iGB Live! has also succeeded in attracting a visitor profile that is more international in its composition and with an enhanced C-Level weighting.”

She added: “We secured some outstanding speakers and iGB Live! was full of energy, creativity and optimism. People invest significant sums to participate in industry events such as iGB Live! and their investment needs to be matched by a great experience and in that respect I think we have come a long way in putting iGB Live! firmly on the map. The next stage is for the team to analyse the attitudinal research and satisfaction surveys that we undertake after all of our events and then to start planning for 2019 when we will aim to take the brand on its own journey and confirm its status as the world’s largest dedicated iGaming event.”

The positivity and optimism was echoed by Wendy Debattista, Lead Customer Acquisition, LeoVegas, who confirmed “iGB Live! was a huge success for LeoVegas Affiliates and this wouldn’t have been possible without the fantastic iGB Live! Team. Meeting existing partners is always an amazing experience, and we hit the ground running since landing back in Malta having met so many potential partners at the conference. We were also so easily able to arrange the live presence of our exclusive LeoVegas Sport Ambassador, Lothar Matthäus, as a treat to all and we were extremely proud to use this event to launch the upcoming Affiliate race. Lothar himself will host five of our best partners for a ‘Champions Night’ in Budapest as one of the prizes. Looking forward to the next show in Lisbon!”

Reinforcing the positive response was Rory Anderson, Consultant at 12Bet. “I enjoyed being part of the ‘Counsel’ experience” he said. “All the sessions I attended were genuinely interactive,” he explained. “There was some great insight from panelists and audience members alike. The content was very strong, and I will be sure to be back next year.”

In terms of the attendance, Fiona Hickey at BettingJobs believed the event ticked all the key boxes: “iGB Live! 2018 was a fantastic show and for me the best event of the year. The level and quality of attendee was higher than other years and made for a lot of engaged conversations both at our stand and at the networking events. I thought the addition of HQ was a great idea and allowed for a professional area to network and hold meetings. What a great show and definitely a must attend for B2C and B2B alike.”