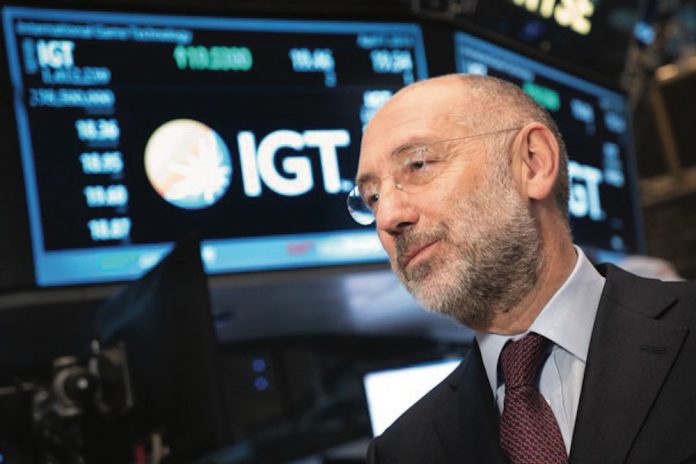 IGT recorded strong overall progress in its fullyear results for 2016, posting year-on-year growth of 10 percent to a total of $5.2bn.

The company also reported a 9 percent rise in adjusted EBITDA, growing to $1.76bn from $1.61bn, while adjusted income also grew by 12 percent to $1.2bn.

“[IGT] reached many important milestones in 2016,” said IGT’s CEO Marco Sala. “We also made good progress with our gaming turnaround, developing compelling new titles and hardware, in addition to expanding our international presence.”

The solid results came in spite of ongoing problems with IGT’s social casino offering, DoubleDown, which contributed to a decreased North America gaming service revenue of $230m in the fourth quarter.

“We are actively working on improving Double- Down’s performance, including investment in technology to offer a more engaging player experience, particularly on mobile devices.”

Sala also revealed that the company is watching the Colombian market carefully: “They are discussing a VLT program in that country and that would be a good opportunity to have, because it will be a program that according to what we understand, could be similar to the Italian program,” he said.