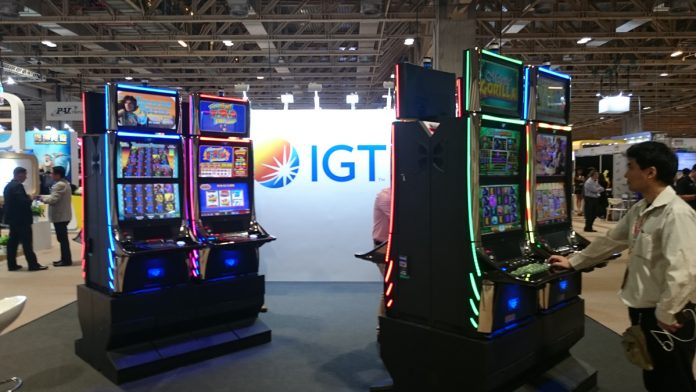 Toasting another successful MGS Entertainment Show, IGT’s Mark Michalko reveals how the company intends to make the most of the exciting Asian market conditions in the coming year.

[dropcap]A[/dropcap]fter weathering turbulent market conditions in the Asia-Pacific gaming markets recently over the last few years, Mark Michalko, IGT’s sales director for Asia has high hopes for fair winds and following seas for IGT’s prospects in the region over the next 12 months.

“Macau is one of the challenging markets for us and for all operators,” said Michalko. “It is a big, growing market, although there have been some downturns, but despite this we still have products that we are coming up with that we think will do very well in this market.

“So whilst this year has been challenging we are quite optimistic about going into 2017 and we definitely see Macau as a growth area.”

The company is also looking to build on success in other Asian markets by adding a range of new products to their portfolio of machines and accounting systems and leading this is wave is IGT PlaySpot, a new integrated mobile solution.

“With PlaySpot, the idea is that when you walk into a casino you will have the ability to play slots or table games from your mobile phone,” said Michalko.

Via an app, visitors to land-based casinos can use their mobile device to play slots and table games for real money, place sports bets and manage all interactions linked to their player account, and PlaySpot has already produced positive results during trials at MGM’s in Las Vegas properties.

The app draws from a gaming culture prevalent in baccarat where players move around the casino floor trying to find ‘hot tables’ that are currently paying out.

However, there is a downside in this practice for operators as it results in back-betting on tables, leading to a slowdown in hands played, thus hitting profit margins.

Michalko believes that PlaySpot can alleviate these issues. It can be set up to alert users of currently hot tables and they will be able to play along without physically being at the table themselves.

Most of the other markets in Asia were already trending towards mass market for a while, percentage-wise Macau was always more orientated to the VIP segment than the other places.

The software utilises geo-fencing that can be extended to the entire casino grounds and aims to encourage casual players to game at their own pace and convenience.

Alongside PlaySpot, Michalko identified IGT’s entry into the electronic table games market as another reason to be cheerful in 2016.

“LT Games has the market share in Macau and they have virtually all of it when it comes to ETGs” he added. “We recently did an acquisition of their IPs, we took that base and we are building our own ETGs and we have the rights under that agreement to sell that technology.”

IGT are planning to act upon the current trend which sees Asian gaming moving into more of a mass-market environment.

“Most of the other markets in Asia were already trending towards mass market for a while, percentage-wise Macau was always more orientated to the VIP segment than the other places,” said Michalko.

The company are developing games for the entire Asian market where more of a mix of products is accepted, but view Macau as the benchmark for their work.

“Macau is among the most challenging markets because in general terms they require this highly volatile maths,” Michalko explained.

He touched on the prospect of Japan as a new market in the Asia region, which has become something of a white elephant in the industry, having been eagerly anticipated for years but never coming to fruition.

“Japan is the Holy Grail of gaming, at least in Asia, of course we are looking at it, everybody is looking at it.

“It is potentially a magnificent market and it really could be tremendous,” Michalko added.