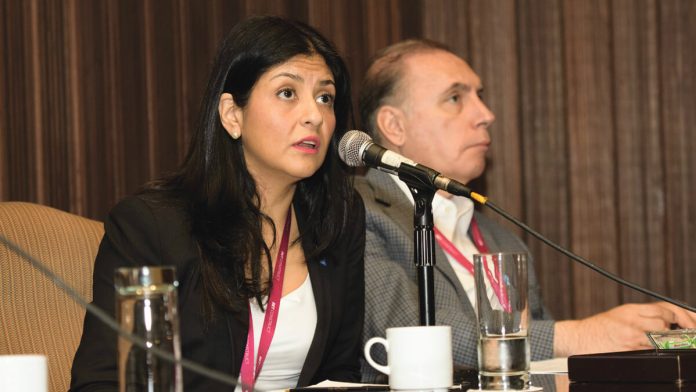 Combating illegal gambling should go hand in hand with developing self-regulation. This was the consensus among the panellists on the Regional Spotlight on Responsible Gaming at Juegos Miami.

[dropcap]T[/dropcap]he Regional Spotlight on Responsible Gaming at June’s Juegos Miami highlighted that, beyond the loss in revenue, there is a higher human cost to illegal slot machines which are targeted directly at the groups most at risk of addiction, particularly minors.

While tackling the issue of illegal gaming ultimately rests with national governments, Sun International’s recent merger with Chilean operator, Dreams, has resulted in the development of a comprehensive programme for its casinos in Latin America, based on prevention of risk behaviours in players.

However, Huenchumilla explains that an ongoing obstacle to the implementation of self-exclusion is that while a client may choose to self-exclude, there is currently no legislation within Chilean law to empower an operator to bar them entry and at present they are prohibited from doing so under law 19.995, Article 9.

Working with my security team, what we do is remind these customers that they have chosen to self-exclude and ask them to leave, but at present we cannot force them to do so

“Working with my security team, what we do is remind these customers that they have chosen to self-exclude and ask them to leave, but at present we cannot force them to do so,” she said. “As a company we hope that Chilean law will move to address this issue.”

Miguel Ángel Ochoa, president of the Mexican Gaming Association (AIEJA), explained that Mexico’s gaming law is undergoing a period of transition, which the industry body hopes will lead to an increased emphasis on responsible gaming.

“The bad news is that compulsive gambling is not considered a risk to public health,” said Ochoa. “It’s not covered in the law relating to health and presently no one in government is attending this issue.”

The situation is further complicated by the fact there is currently no data on the extent of the problem in the Mexican market as there have been no studies into compulsive gaming in the country.

“However the good news is that there is a new gambling law which was approved by a significant majority in the Chamber of Deputies, at least 80 per cent of legislators, and we hope that this year it will be approved by the Senate. While this law still does not directly address compulsive gambling, it does place responsible gaming at its heart.”

This law will replace the Betting and Raffles Law of 1947, which banned casinos and gaming throughout Mexico and is now considered ‘obsolete’ as it fails to address changes in the intervening 69 years such as electronic slot machines, online gaming and concepts such as self-exclusion.

“One aspect of the implementation of self-exclusion which we need to address is whether it will just be voluntary on the part of the individual, or if it is a wider issue in which case we should also empower members of the family to act,” added Ochoa.