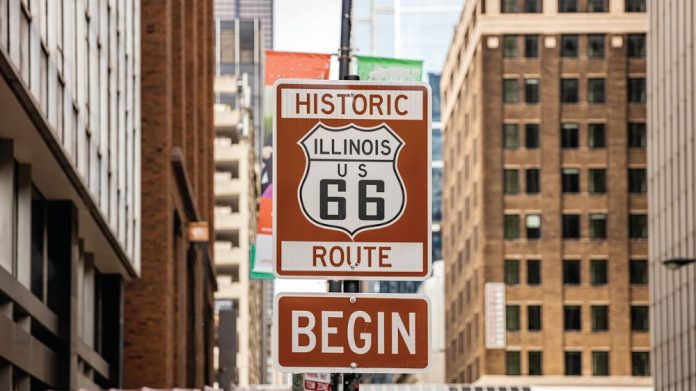 While five local authorities have been busy putting forward their preferred operators for Illinois’ six new casino licences, tumbleweed has been blowing through Chicago’s prospects as its Mayor attempts to secure the Windy City’s gambling future with a public-owned project.

Last month, Developers raced to beat the Illinois Gaming Board’s deadline on 4 November, each vying for one of the six new casino licenses coming from the state’s gambling expansion. The new law allows for new venues in five specific municipalities; Chicago, Waukegan, Rockford, Danville in eastern Illinois and Downstate Williamson County, and another for a broader area of southern Cook County.

Throughout October, developers competed for approval from the local government to apply to the Gaming Board. Rockford received three proposals, but the Hard Rock Casino was the only one recommended to the city council and approved to submit by council members.

“I can tell you our proposal is in, and my understanding is that we’re the first proposal to be in in the entire state,” said Rockford Mayor Tom McNamara.

“We are excited. There will be a celebration on Monday, and I hope we see a lot of Rockfordians out to show their support of this as we continue to move through the process.”

Meanwhile, Danville went with Haven Gaming LLC as the operating partner for its yet to be named venue, which is to be developed with Danville Casino Acquisitions LLC. “This is more than just the typical casino.

It will be a resort complex. A destination. A place that people will be excited to come to, and more importantly, more excited to want to come back to,” Bill Bembenek, a Haven Gaming official, said.

“We’ve opened similar resorts like this across the country, and this is really the new evolution of what gaming really is. It’s a multi-level experience.”

Also looking to build a multifaceted entertainment venue is Walker’s Bluff in Downstate Williamson County, however rather than take its chances at being chosen by the local council, CEO Cynde Bunch lobbied for very specific language to be in gaming expansion bill, ensuring a casino could only be built on the “unincorporated area of Williamson County adjacent to the Big Muddy River” – a narrow stretch of land Walker’s Bluff already owns.

Indeed, as the council approved the operator to apply to the Illinois Gaming Board, Ron Ellis, Chairman of the Williamson County Board acknowledged the procedure was, for the most part, perfunctory.

“Today was literally designed for them to fulfill the packet that they need to send to the gaming commission; so that they can send the approval on to the legislators, and governor to rubber stamp this and get it going,” he said.

While officials in Danville, Rockford, and Williamson County all handpicked single-site proposals from specific operators, those in Waukegan and Cook County took a different approach.

Three competing bids all earmarked for the same site in Waukegan were approved, while four different operators are bidding for competing sites across south suburban Cook County.

It will be up to the state gaming board to decide which two get to put their plans into action. Meanwhile, in Chicago, a lack of action.

Mayor Lori Lightfoot is pushing two options, the first; a casino owned by both the city and the state. The second; a privately-owned casino.

However, due to poor political support for a public-owned casino and tax burdens preventing any private company from turning a profit on such a project, Chicago’s casino plan is currently caught between a rock and a hard place.

To fix the latter, Lightfoot has been attempting to land a tax change, however the existing tax structure is one balanced around the states 10 existing casinos and the six new ones.

As such, a public-owned casino could be the easier route, with Lightfoot continuing to lobby the Illinois Legislator for a city and state collaboration. After an October of final decisions across the state, the gambling legislation signed over the summer could eventually more than double the number of places accepting bets in Illinois.

As well as the new venues, legal sports betting is yet to be launched, and the gambling expansion also allows the state’s horse racetracks to become “racinos” with slot machines and table games.

It also increases the number of allowable gaming positions for the state’s 10 existing casinos from 1,200 to 2,000, allowing these operators to improve their offer in line with the new competition.

The Gaming Board has up to a year to navigate through the casino applications made before the 4 November deadline, but with such a competitive field taking shape in the The Prairie State, operators will be hoping to get started as soon as possible.