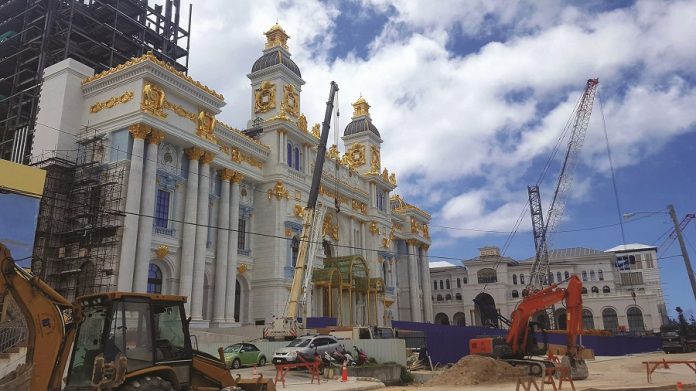 Hong Kong-listed Imperial Pacific International finally opened the casino portion of its $3.1bn IR project on the Pacific island of Saipan on 6 July, although work still remains in completing the resort.

Having relocated its gaming floor from the temporary Best Sunshine Live facility to Imperial Pacific Resort at the start of July, Imperial Pacific has stated that it will complete the build of 374 hotel rooms at the property by August 2018, while the development of 15 luxury villas could be completed by January.

The resort’s gaming area features over 70 gaming tables and over 190 electronic gaming machines; the operator is currently working on the second floor of the gaming area as well as its food and beverage offerings which it aims to have ready by August.

“In Asia the gaming tables are where the activities are, but in the US it’s the slot machines,” stated Commonwealth Casino Commission executive director, Edward Deleon Guerrero. “As far as the day-to-day operation is concerned, we have been observing it, watching it and we have been monitoring it, but it’s still too early to make a meaningful comparison between T-Galleria and the new facility.

“They have more gaming tables [at the new venue] but fewer slot machines. We don’t know yet if there is a significant increase in revenue but we anticipate that because it’s a large facility, there are more tables and it’s a much better place, so obviously we anticipate that there will be more revenue.

“In a few more days, or in a month, we should have a report,” he added. Following the opening, several members of the Commonwealth Casino Commission have raised some concerns about the traffic jams that bottleneck the main service roads leading to the newly opened casino.

Commission vice chair Joseph Reyes, has recommended that Imperial Pacific review the traffic flow to correct the jams in the evening, when the casino is at its busiest, implementing safety precautions “before anything tragic happens.”