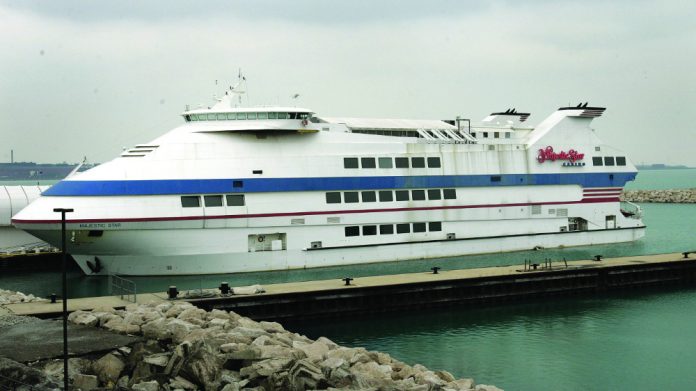 The Indiana legislature has signed off on a bill which will allow The Majestic Star Casino move from its gaming boats to a new land-based venue in Gary.

The passage of a new bill in the Indiana legislature has laid the groundwork for The Majestic Star Casino to move from its gaming boats on Lake Michigan to a new location in Gary.

The Indiana House of Representatives and Senate passed legislation on 24 April that would pave the way for a land-based casino in the city.

The gaming bill will allow Spectacle Entertainment, which owns Majestic Star Casino, to build a new facility near the Borman Expressway, and forms part of the city’s plan to redevelop Buffington Harbor, where Majestic Star’s two casino vessels are currently moored.

In order to make the move, the state legislature will require Spectacle pay Indiana $20m but it will also give the company a $40m tax credit for surrendering one of two gaming licences in Gary.

John Keeler, general counsel for Spectacle Entertainment, said the company aims to move forward “as expeditiously as possible” with the construction of its new property.

After governor Eric Holcomb signs the bill into law, Keeler said Spectacle has to apply to the Indiana Gaming Commission to relocate by the end of the year, a process he conceded “could take some time”.

Keeler stated that the company will also need to go through the Gary regulatory process to obtain rezoning approval to build the new casino at its chosen site.

He confirmed that while Spectacle Entertainment has selected a location, the company would not divulge it at this time and would not commit to a time frame for ground breaking or opening. “We’ll move as fast as we can, but there are a lot of moving parts,” Keeler clarified, adding that the new casino would have a new name and brand.

Despite this, Gary mayor Karen Freeman-Wilson suggested groundbreaking for a new casino will occur before the end of 2019.

She stated that the new casino will be a roughly $300m development, and will encourage related retail, hotel and commercial developments along the expressway.

Majestic Star is going to continue operations at its current locations until the new property is operational, Freeman-Wilson said.

A representative for one of Majestic Star’s competitors in the state, Blue Chip in Michigan City, argued that the new legislation offers the company an unfair advantage compared to other Indiana operators.

“We are disappointed in this legislation, which provides a single operator the ability to move to a much more desirable location, and does not provide that opportunity to any other operator in the state,” said David Strow, a spokesman for Blue Chip’s parent company, Las Vegas-based Boyd Gaming.

“Having said this, we remain confident in the future of Blue Chip, and in our ability to leverage our market-leading amenities and our talented tram to compete effectively in the market,” he added.