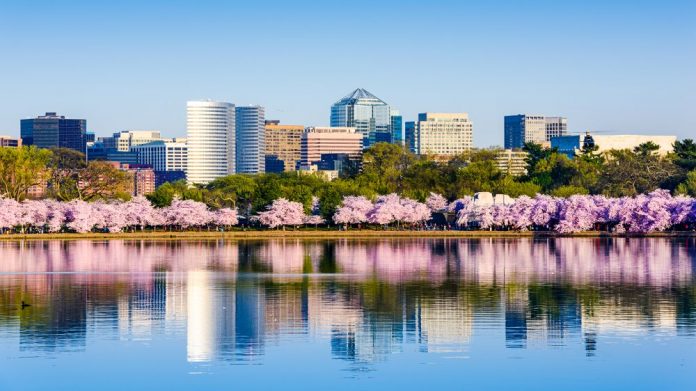 Scientific Games has been awarded a new contract to provide instant Scratchers games to the District of Columbia’s Office Lottery and Gaming.

The one-year contract may be extended for up to four years. Scientific Games has provided Scratchers game entertainment to the District of Columbia since the DC Lottery launched in 1982.

“There is a significant opportunity for growth in our instant portfolio. We are pleased to continue our longtime, successful relationship with Scientific Games through this new contract which will help the DC Lottery to continue our mission of maximising revenue returned to the General Fund to support the District’s vital public programs and essential services,” said Beth Bresnahan, executive director of the DC Lottery.

“Scientific Games is honoured to continue serving as a trusted business partner to the DC Lottery. Our more than 45 years of experience creating, manufacturing and managing instant games has resulted in products that responsibly drive maximum revenues for our lottery partners,” stated John Schulz, SVP of instant products for Scientific Games.

“We have accomplished great results over the past 18 years, working with Scientific Games as our primary instant games provider to offer enjoyable game entertainment for South Carolina players while providing vital support for state educational programmes,” said Hogan Brown, executive director of the South Carolina Education Lottery. “Continuing the SGEP programme, a partnership proven highly successful, will strengthen our ability to responsibly optimise revenue for education in South Carolina.”

The company has designed and manufactured every instant game sold in the Palmetto State since the Lottery launched in 2002, propelling it to the number three ranked instant game lottery in the world (FY2019 per capita sales, La Fleur’s Almanac). To date, instant games represent nearly $4bn in lottery contributions to education in South Carolina.

The South Carolina Education Lottery selected Scientific Games following a competitive procurement process. The new contract, which includes warehousing and distribution services with a new state-of-the-art distribution facility, a next generation lottery mobile app and interactive services, may be extended for one additional year. “Beginning and ending with analytics and insights, our SGEP programme encompasses every aspect of the Lottery’s instant products – from game design through retail execution,” Schulz continued. “Our long-term collaboration with the South Carolina Education Lottery has provided Scientific Games with a full understanding of its marketing strategy.

“Managing its unique and successful instant game portfolio requires creative game design, innovative playstyles, a variety of value added options for players, the ability to deploy advanced logistics in the market, and use of analytics and insights through the entire retail ecosystem,” he added.

The move to a primary provider is part of the Connecticut Lottery’s strategic plan to maximise profits and contributions to the state’s General Fund.

Scientific Games has supplied instant games to the Connecticut Lottery for more than 40 years and currently serves as its systems and retail technology provider. In fiscal year 2019, the lottery ranked in the Top 10 in the world for total per capita sales.

As part of the primary instant games provider agreement, the company will also provide marketing services, research and analytics to help responsibly grow the Connecticut Lottery’s instant game sales across its network of 2,800 retailers.