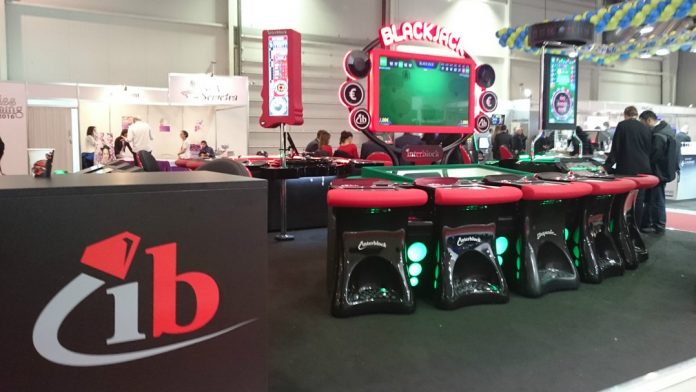 For Interblock, 2016 marks the second year they have attended BEGE but this will be the first time they have flown solo at the expo, having previously partnered up with Alfastreet Trade BG.

[dropcap]T[/dropcap]he company were in buoyant mood at the show this year, confidently reporting that it had been a strong 12 months for Interblock, with the firm opening a number of new markets including Bulgaria, Romania, and Kazakhstan.

Klemen Sitar, Interblock’s regional sales manager, suggests that there are opportunities for the company in the Bulgarian market, notably in Svilengrad, a town in south-central Bulgaria, situated at the border of Turkey and Greece, which has a number of casinos set to open in the immediate future.

“I think the [Bulgarian] market is mature now,” said Sitar. “In Svilengrad we see the best opportunity for us because the players here will be mainly from Turkey, as the city lies on the border between Bulgaria and Turkey, and its in vicinity of Istanbul.

“We have at least one machine in every casino in Northern Cyprus, on the Turkish part of Cyprus, and the players love them so we expect the same from Svilengrad.”

For this year’s BEGE, Interblock displayed their G4 Organic Roulette live roulette, which has already seen significant success in the Northern Cyprus market.

With this in mind, we have prepared this four seater roulette which could be an optimum solution and it takes up less space of course.

“Featuring nine stations, it’s a semi-automatic device, so you don’t need a very experienced croupier, you just need a nice girl to throw the ball, and players can play on their PlayStations by satellite,” added Sitar.

Also making its show début was Interblock’s four seater roulette, the Ministar 4, specially designed for Eastern European markets like Romania and Bulgaria, Croatia and the other Balkan states. The Ministar has a small footprint with a diameter of about 2m, ideal for venues with limited space.

“We’ve noticed that quite a lot of roulettes in arcades are not fully occupied, so if you have a nine seater roulette, only three or four seats may be occupied while the rest are not.

“With this in mind, we have prepared this four seater roulette which could be an optimum solution and it takes up less space of course,” Sitar explained.