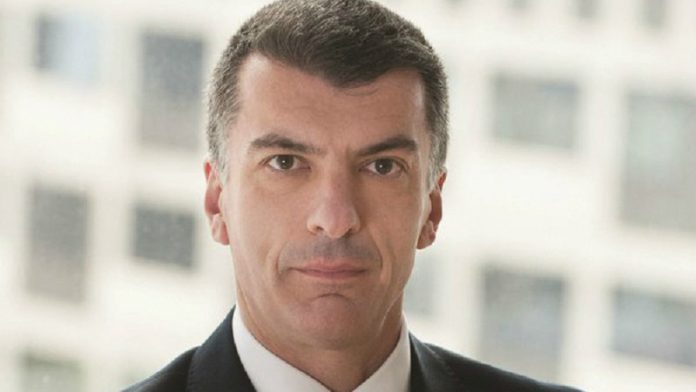 [dropcap]I[/dropcap]NTRALOT Group CEO Antonios Kerastaris has made an upbeat statement following the announcement of the 3Q 2016 results. In a press release issued to gaming and financial media, he said: “INTRALOT Q3 was marked by aggressive organic revenue growth, as a result of the company strategy for launching new products and services and reaping fruits of new projects.

Recent milestone developments of a successful early refinancing of a €250m bond in September with significantly better terms that lead to cumulative savings of up to €65m savings in debt-servicing costs and extension of maturities to 2021 combined with the collection of USD 68.7m in cash from the disposal of 80% of our operation in Peru have drastically improved our financial position and capacity to meet our targets of significantly reduced net debt and improved cash position by the end of 2016.”

Reported consolidated revenues increased by 16.2% to €320.6m in 3Q16 compared to the same period a year ago, shaping revenues in 9M16 to 957.5m or 7.0% higher y-o-y. Revenues in 3Q16 were boosted from increased sports betting revenues in Bulgaria and the consolidation of the recently acquired Bulgarian lottery company Eurobet in 3Q16.

The increase in 9M16 derives from: +115.1m in East Europe due to increased sales in Bulgaria and Turkey, +20.9m in North America, +3.2m in West Europe due to higher revenues in Malta and Cyprus and +1.9m in Africa due to increased sales in Morocco, partially counterbalanced by decreased sales of 47.8m in Australasia due to lower sales in Azerbaijan where the local currency suffered severe devaluations and -30.8m in South America due to softer sales in Argentina, Jamaica and Brazil.

Other operating income in 9M16 totaled €14.3m compared to €17.0m in 9M15, posting a decrease of 15.8%. The major drivers of this decrease were the non-recurring income in Australia due to the operations sale in 2Q15 (€3.6m) and negative FX impact (€1.0m), partially offset by improved operations in Turkey (€1.7m) and the growth in instant ticket services of our US operations (€1.4m).

Total operating expenses decreased by 2.8% to €109.9m in line with our strategy to contain costs.

LTM 9M16 Net Debt to EBITDA ratio adjusted for the proceeds from the Peruvian transaction that were received in November 2016 (€62.3m) and the redemption premium regarding the issuance of the 5-year €250m bond (€10.8m), is shaped at 2.88x.

In September 2016, the company completed the refinancing of the 2018 €325m bond through the issuance of a 2021 €250m bond. Recently the company obtained committed lines of €240m compared to €200m previously. As a result, the company will benefit from recurring annual interest cost savings in the area of €12-13m.

Revenues from Operation contracts (licenses) increased by 5.0% mainly due to higher revenues in Bulgaria, Malta and Cyprus, partially counterbalanced by the performance of Azerbaijan, Jamaica, Argentina and Brazil.

Sales from Management contracts posted an increase of 19.3% mainly driven by the performance of Turkey and Morocco.