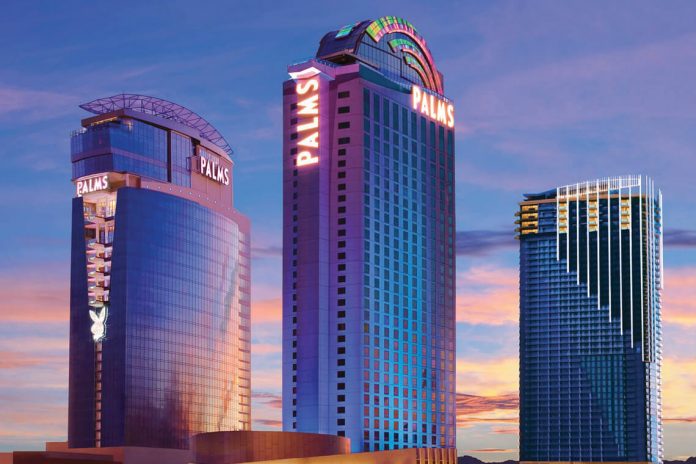 A busy month for Red Rock Resorts has seen the operator take itself public once more, whilst simultaneously expanding its Vegas footprint through the acquisition of the Palms Casino Resort.

Red Rock operates 19 off-strip venues in and around the Las Vegas area.

Previously known as Station Casinos, the group was renamed and taken private by way of a management-led buyout in 2007. It filed for bankruptcy two years later, and completed a restructuring process in 2011. The company is still encumbered with a high level of debt, however. By the close of 2015, Red Rock owed in excess of $2.2bn (E1.93bn), contrasted with EBITDA for the year of $451m (E396.2m).

Despite the IPO, Red Rock will remain under the control of the Fertitta family, which by way of exclusive ownership of Class B shares will retain an 87 per cent hold on the company. In addition, approximately $400m (E351.43m) of the cash raised through the recent sale will be utilised to finance Red Rock’s ongoing purchase of its management company, Fertitta Entertainment. The latter company remains in the hands of the billionaire Fertitta brothers Frank and Lorenzo. It is understood that each is expected to receive around $113.5m (E99.7m) from the sale, with additional funds totalling $106.8m (E93.8m) directed towards trusts set up for their six children.

News of the IPO followed closely on the back of an announcement that Red Rock had entered into a definitive agreement to acquire the Palms Casino Resort in Las Vegas for a total cash consideration of $312.5m (E273.6m).

“With the acquisition of the Palms we gain a leading gaming asset in Las Vegas with key strategic benefits in the Las Vegas locals market and close proximity to the Las Vegas Strip,” said Marc Falcone, executive vice president, CFO and treasurer of Red Rock Resorts. “With its appeal to both Las Vegas residents and tourists alike, the Palms is a hybrid gaming property that is uniquely positioned to benefit from the strong economic trends in southern Nevada and record visitation levels in Las Vegas. With our experience owning and operating other hybrid offerings in Las Vegas, it is a compelling strategic addition to our portfolio of properties and we look forward to welcoming the Palms’ team members to our company.”

Red Rock estimates that the Palms will generate approximately $35m (E30.64m) in EBITDA during the company’s first full year of ownership, resulting in an implied multiple of 8.8 times EBITDA for the transaction.