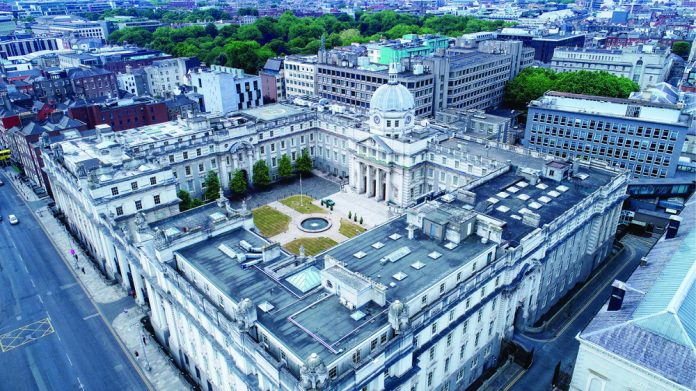 Changes to Ireland’s outdated Gaming and Lotteries Act are set to raise maximum stakes and prizes on gaming machines for the first time in over half a century, as the Republic seeks to establish a dedicated gambling regulator.

It has long been promised, but finally it seems the government of the Republic of Ireland has taken significant steps in modernising the country’s gambling legislation.

The Irish Dail approved the publication of a new 2019 Bill, which will bring long-sought amendments to the archaic terms of the Gaming and Lotteries Act 1956.

Ministers have indicated that the draft bill will not only bring clarity to operators with regards to machine permits and premises licensing, but also usher in a new era of maximum stake and prize limits – a move which (remarkably) represents the very first time machine limits in Ireland have been altered in any way since the passing of the original gaming act, 63 years ago.

The pending amendments are also anticipated to clarify several other ambiguities in Ireland’s patch-work legislative landscape – such as standardising the minimum age of play at 18.

Responsible minister of state David Stanton said that the measures were designed to “help the promoters of local gaming and lottery activity, primarily sporting clubs, by bringing much needed clarity to the application process for permits and licences.”

However, he also was keen to underline that the 2019 Bill would not serve as a replacement to the 1956 Act, and would rather be “an interim reform measure” whilst ministers worked towards the “development of comprehensive reform in this area.”

“The measures announced …will help ensure the proper licensing and regulation of the many varied forms of gambling available in the State,” Stanton added.

But news of the imminent amendments was only one side to the coin: in tandem with the announcement came publication of a new report from the Dail’s Inter-Departmental Working Group on the Future Licensing and Regulation of Gambling, the core recommendation of which was the establishment of a dedicated gambling regulatory authority, on par with the UK’s Gambling Commission.

The as-yet unnamed organisation would serve as an independent statutory body within the remit of the Department of Justice and Equality, and is intended to enforce and develop all future licensing and regulatory measures in the republic, as well as oversee social responsibility initiatives such as self-exclusion schemes and advertising restrictions.

“A modern and effectively regulated gambling environment will ensure, to the greatest extent possible, that gambling will be a safe, fair and entertaining activity for the majority of those who choose to take part in it,” Stanton commented.

“This project is ongoing and to date site visits have been carried out by Revenue officials at 285 separate premises,” said a spokesman for the agency. “There were 158 gaming machines seized nationally in 2018. To date 293 gaming machines have been seized.”

Despite this, Stanton noted that in the long-term regulation would ultimately be a more viable option than prohibition.

“It would not be realistic to seek to enforce prohibition on certain physical gaming machines over other types of machine as it would risk further migration to online versions that are widely available on most operators’ websites and may be difficult to monitor effectively,” he explained, speaking before the Seanad earlier this year.