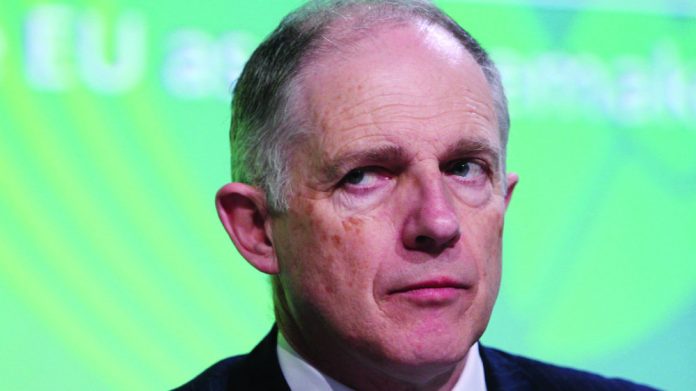 While the number of gaming machines on the Emerald Isle continue to grow, the wheels of political change grind slowly, as the Irish government continues to drag its feet on new gambling legislation.

Ireland’s land-based gaming industry continues to expand, despite being hampered by the country’s outdated gaming regulations.

Figures released by the Revenue Commissioners – the government agency responsible for customs, excise, taxation and related matters – show that 32 licences were granted for gaming machines every day last year.

Changes to the country’s gambling laws have been promised by the government for the past five years, however little progress has been made on the issue.

Under the present law – the Gaming and Lotteries Act 1956 – the government has no role in the licensing or regulation of these gaming machines. Under part III of the Lotteries Act, it is left up to local authorities, district courts and then the Revenue Commissioners to decide whether or not to grant a gaming licence.

As part of new regulations, the government has stated that a new stand-alone regulator will be established which would oversee the licensing process.

In a recent debate in the Seanad – the upper house of the Oireachtas – on the issue, senator David Norris said industry sources indicated that there are up to 40,000 gaming machines in operation across the country.

He highlighted that in a large part of the country, these machines remain technically illegal since most local authorities have not enacted the part III provisions to allow licences to be issued.

“Part III of the Gaming and Lotteries Act 1956 is operational only in small areas of the country. For example, part III does not apply in Dublin city or county except for parts of Skerries and Balbriggan. Any gaming machine operating where part III has not been adopted is operating illegally,” added Norris.

“How can thousands of gaming machines for which there cannot possibly be licences by virtue of their location remain in operation? There are thousands of machines operating in Dublin, where it is not possible to get a gaming licence.”

“This project is ongoing and to date site visits have been carried out by Revenue officials at 285 separate premises,” said a spokesman for the agency. “There were 158 gaming machines seized nationally in 2018. To date 293 gaming machines have been seized.”

Despite this, the Minister of State with responsibility for the gambling industry, David Stanton suggests that regulation would ultimately be a more viable option than prohibition.

The government recently set up an interdepartmental working group to look at the future regulation of gambling in Ireland. Stanton reportedly plans to present the group’s findings to the government at the end of March, but gave an insight into its conclusions speaking before the Seanad last month.

“The group considered the need for the further development of an appropriate licensing, monitoring and enforcement regime for land-based gaming machines in casinos and elsewhere that may be played for monetary reward,” he explained. “It would not be realistic to seek to enforce prohibition on certain physical gaming machines over other types of machine as it would risk further migration to online versions that are widely available on most operators’ websites and may be difficult to monitor effectively.”