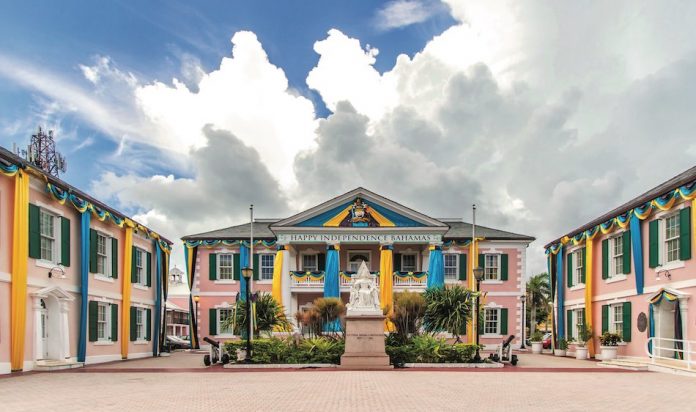 While Baha Mar’s former developer Sarkis Izmirlian is calling on the Bahamian government to impose a moratorium on the sale of the mega-resort, the FNM appears to have had a change of heart.

Sarkis Izmirlian has urged the Minnis administration to impose “a moratorium” on completion of Baha Mar’s sale, suggesting that he was mulling legal action against what he characterised as “state-sponsored discrimination” by former-PM Perry Christie’s government.

Outlining his two key requests, Izmirlian told the Minnis administration: “Place a moratorium on the completion of any sale of Baha Mar and other transactions under these agreements.”

Baha Mar’s original developer launched a withering assault on the ‘Heads of Terms’ for the $4.2bn project’s construction completion, characterising the multi-million dollar tax incentives granted to the Chinese as “one-sided” and a “wholesale giveaway”.

The petition, made under the name of his BMD Holdings vehicle, places the newly-elected Minnis administration in a potentially difficult position, given opposition claims that Izmirlian played a key ‘behind the scenes’ role in the Free National Movment’s (FNM) May election victory.

Prior to the election, the country’s new PM, Dr Hubert Minnis, made a social media posting, pledging that an FNM government would review the sale and possibly seek a new purchaser for Baha Mar.

This is despite the fact that Baha Mar is an asset of the China Export-Import Bank and thus is not the Government’s to sell. The call for the Gaming Board to “reopen” its assessment also puts Dionisio D’Aguilar, minister of tourism, in a quandary. While he now has ministerial responsibility for the Gaming Board, as a former Baha Mar director under Izmirlian, D’Aguilar was the first to question CTFE’s suitability to hold a casino licence.

The government’s press secretary, Anthony Newbold, told local reporters on 27 June that there is no official response to BMD Holdings’ request for a moratorium on the sale of Baha Mar.

“It’s a very complex situation,” said Newbold. “Undoubtedly, I will say though, the Bahamian people have a vested interest in the success of that development and we believe that now is the time to ensure that any safeguards that need to be put in place.”

Newbold appeared to backtrack on Minnis’ earlier commitment to “execute a real sale of Baha Mar to a qualified and respectable purchaser.”

“(Dr Minnis) pledged to execute a real sale because …it appeared as if there was no sale, nobody knew, everybody wanted to know why are you sealing this deal?

“Nobody believed what the former administration told them, bottom line,” he continued.

Meanwhile, the Bahamas’ Attorney General, Carl Bethel, has affirmed the Minnis administration’s commitment to supporting Baha Mar’s full opening, while agreeing that commercially sensitive documents relating to the $4.2bn project should remain sealed for the time being.

“Even though we may disapprove of the way certain legal and others matters were handled in respect to Baha Mar, as a responsible government we will do everything to facilitate the completion, sale and opening of the resort, Bethel clarified, during the 2017/2018 budget debate in the Senate.”