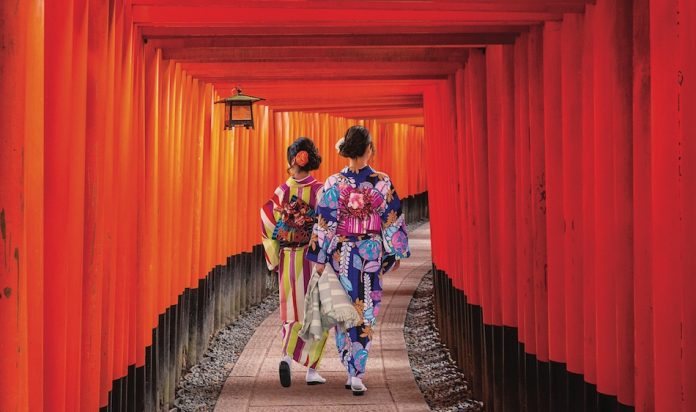 While on paper, the opening of a market in Japan might seem an inevitability, the process still appears beset by ambiguities suggests Edward Lowton.

Levon Helm captured it best when he sang on the Band’s 1993 song, Move to Japan, “they’re taking all hands in the land of the Risin’ Sun.” But with the next emerging integrated resort market on the horizon, will ambitious international operators be leading the dance or following the lead of their Japanese partners?

“Half sick of shadows”, Tennyson’s Lady of Shalott could be speaking for many observers of the Japanese market for whom the country’s road to legalisation still seems beset by ambiguities.

Or you might err towards Charles Moore’s foreword to Junichiro Tanizaki’s In Praise of Shadows, when he said that “darkness illuminates for us a culture very different to our own”.

Hard Rock execs preparing the company’s pitch for a Japanese IR licence recently suggested that the country’s inexperience in the casino industry is making the process “unprecedented” in its complexity, due to a lack of specifics.

Speaking at a meeting held by the Japan Tourism Research Association, Daniel Cheng, Hard Rock’s SVP for business development in Asia suggested that there could be a conflict of interest if private operators are forced to pair up with a local government partner to bid for a casino licence, as has reportedly been proposed by advisers to the national government. Cheng explained that while the government had to rank social responsibility as one of its key priorities, a commercial firm had to put profitability and the interests of its shareholders first. Japan has the potential to be one of the largest gaming markets in the world with a revenue indicated at between $12.5bn to $24.2bn, depending on whether two large integrated resorts or six different sites are built.

But a number of key issues remain outstanding and central amongst these is that of IR ownership. Consultancy firm, Global Market Advisors, suggests that operators who wish to submit a bid and compete in the Japan market will be “well advised” to have a local partner as part of their overall project, adding that potential bidders could “face a steep climb if they try and go it alone”.

“Some people, especially some American operators, will likely have their hopes dashed when the reality dawns that this is primarily going to be a Japanese industry,” Spectrum Asia CEO Paul Bromberg was quoted as saying in a recent Forbes article.

The consensus opinion remains that, whether or not it’s legally required, Japanese companies are going to have leading roles in the groups that build the country’s IR. In a similar vein, Morgan Stanley Asia Pacific MD, Praveen Choudhary, advises that it is not in foreign companies best interest to be too “adamant about wanting control or not wanting a stake of less than 50 percent”.

Thus, major international operators could face a choice between being a small stakeholder or gaming management contractor in a major metropolitan IR or the principal investor in a riskier location.

Meanwhile, more contentious than any other issue, problem gambling continues to fuel widespread public opposition to casino legalisation in Japan.

In June, Yomiuri Shimbun reported that the panel of civil servants advising the Japanese government’s development of secondary casino legislation had proposed using the nation’s new national identity card system to monitor Japanese citizens’ visits to IRs. This could present a further challenge for operators, in light of the fact that estimates suggest that 80 percent of patrons to the newly opened venues will be locals and not foreigners.

Requiring Japanese nationals to present their My Number identification cards to enter casinos would allow the government to cap the number of times any local resident is allowed to enter a property within a given time period.

Alongside this, one of the most significant responsible gaming issues to address remains the issue of entry levies for those patrons who wish to gamble in casinos, similar measures already exist in Singapore and have recently reared their head in the Philippines.

The issue took on more significance in light of the attack at Resorts World Manila, apparently by a heavily indebted gambling addict, which will likely be used for political capital by the anti-gambling lobby, with Bromberg characterising the Resorts World Manila disaster as “a massive boon” for those opposing the legalisation of casino gaming.

Yet with all these reasons to act decisively, in mid- June, legislators failed to agree on a bill to deal with gambling addiction, with an Ordinary Diet Session making no significant legislative progress on preparing for IRs after both the opposition and the ruling party failed to come to an agreement on the terms of the planned legislation.

Love poems are among the most ancient of Japanese literary forms, but love could never be spoken of in a direct manner, instead, it had to be evoked through natural images, like the moon and the mists.

A similar reticence of expression seems to have beset the Japanese IR process, with the failure to reach a political consensus emphasising the significant challenges still facing the process.