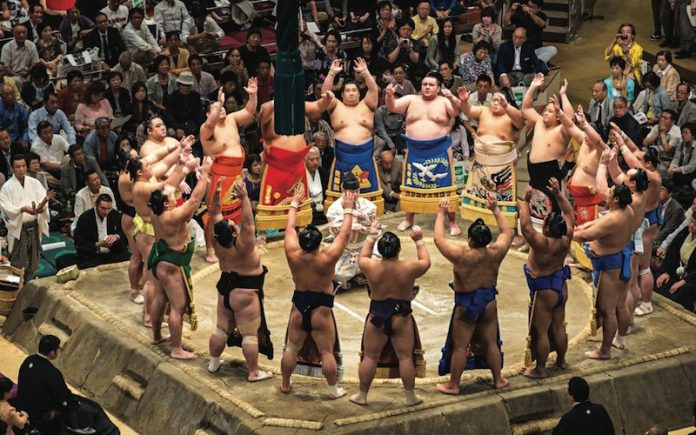 The race to secure one of only two IR licences to operate in the long-coveted Japanese casino market is heating up. With Sands, MGM Melco and Genting all professing to do whatever it takes, there will be some sore losers.

The largest casino operators on the planet are piling in with their claims on Japan’s fertile casino market – with Tokyo seen as the jewel in the crown.

The biggest of beasts, Sheldon Adelson, chairman of Las Vegas Sands, is also one of the most determined competitors. And with the most cash on the table Sands is currently the one the beat.

For Adelson, an IR in Tokyo is the “holy grail” of all casino opportunities, within a new jurisdiction he has long mooted as the most prosperous of all.

“It’s the ultimate of business opportunities. Singapore was a warm-up to this,” Adelson said at the CLSA Japan Forum last month. For his part, Adelson has revealed he’d invest at least the $6bn he put down for Sand’s venture in Singapore. And if he were to be awarded the Tokyo licence, potentially “as much as $10bn.”

With only two IR (integrated resort) licences to be issued in the foreseeable future, the competition is fierce. Adelson says he’s mainly interested in Tokyo as large scale projects like these rely on surrounding “tourism infrastructure”.

“There are some countries that think if you put an integrated resort somewhere in the boonies, you will attract a lot of other businesses. That’s a mistake,” he added.

As local authorities must first pitch their proposals in partnership with their chosen operators, the state is yet to select which areas will win gaming zone status based on their net social and economic impact. Yokohama, Osaka, Fukuoka and the island of Okinawa are all making their cases to be selected.

Melco’s Lawrence Ho is another top contender, although one who has his sights set on another city. “This opportunity is priceless and we’ll spend whatever it takes to win,” said the billionaire CEO. Ho also revealed his top choice for a resort would be Osaka, which “really has that fun element,” and where Melco has done more planning.

Speaking at the same event MGM CEO Jim Murren made his claim to the new market, arguing that the group’s size and clout would help to attract more entertainers and revenues to a resort. Although Murren did not express interest in a particular location he said MGM was currently hiring staff to explore gaming options in Japan.

Meanwhile, Genting Singapore has thrown its hat in the ring saying it “has sufficient financial resources” and is “well placed” to bid for one of Japan’s highly coveted licences.

“The group has completed a study of our capital structure,” it said in its Q4 statement, “and over the next three years will execute a corporate finance strategy that fulfills our various investment requirements including integrated resort projects, and yet maintaining an efficient capital funding model.”

Genting also appears to favour Osaka, but is currently the outsiderunner in the race for Japan. “The marketplace is getting crowded,” observes Union Gaming’s Grant Govertsen. With so many big players apparently so desperate, “the odds are getting shorter for Genting Singapore.”