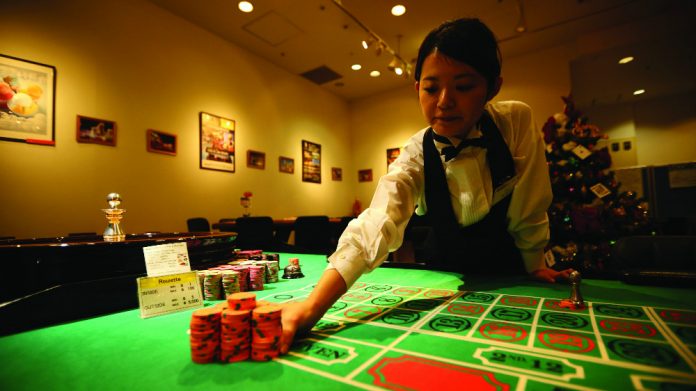 Analysts predict first casinos in Japan by 2020 following December’s bill to allow gambling in casinos within the country concluding 17 years of process.

[dropcap]J[/dropcap]apan’s Upper House passed the landmark bill to legalise gambling in casinos on the last day of the Diet’s congressional session on 14 December, marking the end of a 17 year process for liberalization.

Gambling stocks at a host of major global players were lifted with the news, despite only two lucky bidders set to be awarded one of the highly-coveted licences for several years to come.

The new legislation officially came into effect on 26 December, although Japan is not expected to see a casino open its doors until 2020.

“Japan will have to pass the implementation bill which may take six to 12 months and then undergo the RFC [request for concept] and RFP [request for proposal] process, which could at least take six months,” analysts at Morgan Stanley predicted. “This pushes the opening of the first casino to at least 2021/22.”

Brokerage group CLSA has estimated the industry could soon be worth $40bn, but lawmakers will have to continue to move tentatively to see that the second “implementation” bill is effective.

The most recent poll on the public approval for casino legislation found only 12 percent in favour, with 44 percent opposed and the rest undecided. Various analysts point to the massively popular gambling sector in Japan, Pachinko. The low stakes slot-style game is thought to be worth an estimated $180bn each year already, suggesting to some that the immediate negative response to the bill could soon turn to positive.

Others politicians have said they will push however, for “Singapore-style” controls, such as a levy for entry and ID requirements for local players; a complication that could severely dampen the widely accepted CLSA estimate. In the bill’s second phase, operators and local governments will pitch plans for approval to the central state.

Currently Yokohama, Osaka and Tokyo are the favourites to be established as zones for developments, while major investors organise themselves into consortiums for the opportunity to operate there.