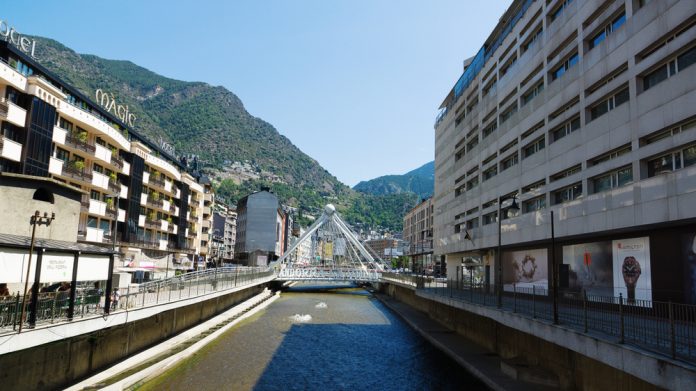 Jocs SA has beaten Genting to Andorra’s first land-based casino, despite the local firm’s bid coming almost $150m under that of its multinational rival.

The successful $17.5m, four-storey, 4000 sq mt proposal from the local gambling information firm will be operated with technical partner Novomatic, and will aim to attract 190,000 visitors annually.

Though the submission by Genting offered a significantly higher investment figure, the Andorran Gaming Control Board were not satisfied the company could demonstrate the availability of the proposed plot.

The construction would have featured 20 storeys of gaming floors and accommodation.

Following the announcement of the Jocs SA approval in the Official Bulletin of the Principality of Andorra, the company will have 15 days to apply for a Class A gaming licence to operate the casino.

The Andorran government will then be granted two months to resolve the request, outlining specific requirements which include license duration, games allowed on site, opening hours, and the maximum period in which it must be open to the public.
The casino will be located on Prat de la Creu street in the capital of the Principality of Andorra, Andorra la Vella, and is expected to create 200 jobs in the area.

Tenders were also submitted by eight other operators, including Partouche Group and Cirsa, who alongside Genting will be granted one month to appeal the decision.
The general director of the Andorran Gaming Control Board Xavier Bardina, however, stated Genting was unlikely to appeal as the decision was “purely technical.”

The Andorran Government first proposed a land-based casino in the country in 2013, with a draft bill for legislative regulation completed in January 2015.

In July 2017 the specifications for a tendering process were approved by the Council of Ministers for the Principality of Andorra, with the gaming control board adding bids would secure additional ratings if located in popular tourist areas.

The bidding process specified that casino designs must feature over 2000 sq mt of floor space, 100 parking spaces and a gaming machine room with a minimum of 150 gaming positions.

The casinos were also required to include a table room with over 50 gaming positions, a poker room, a live betting room and a conference room, and involve a minimum investment of $11.7m.

Jocs SA is eligible to hold the licence for a maximum of 20 years, with a minimum term set at ten years.

Despite Genting’s bid proving ineligible in Andorra, the company recently announced a significant investment in other sectors.

The firm’s Genting Hong Kong casino cruise arm partnered with Finnish marine engineering firm Almaco Group Oy in June of this year, in a $97.1m deal to outfit the operators fleet of ships, predicted to launch in 2021.