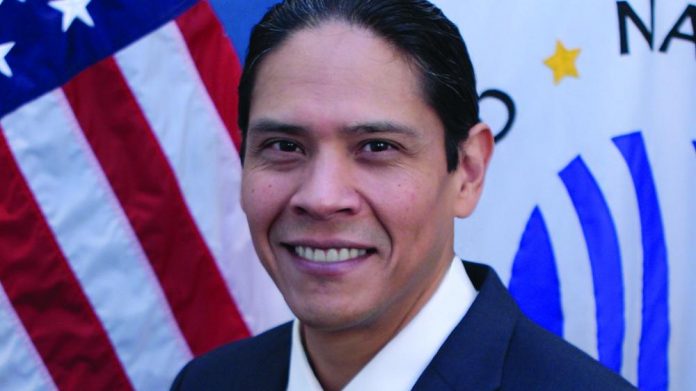 Jonodev Chaudhuri will now serve as an ambassador for the Muscogee (Creek) Nation, while his successor as NIGC chair will be appointed by president Donald Trump and confirmed by the Senate.

The chairman of the National Indian Gaming Commission (NIGC), Jonodev Osceola Chaudhuri, has resigned his position.

Chaudhuri announced his departure from the tribal gaming regulator in late April, and confirmed that he will now serve as an ambassador for the Muscogee (Creek) Nation.

“It has been the honour of my lifetime to serve Indian country and the general public in my capacity as chairman, a role I have had the pleasure of fulfilling since 2013,” Chaudhuri stated.

“During my time as chairman, the commission worked hard at every turn to stress strong partnerships and consistent communication with tribal gaming operations to achieve compliance with the Indian Gaming Regulatory Act.

“The Commission works with tribes to ensure they have the tools necessary to effectively regulate their operations and meet IGRA’s requirements. I reflect on the initiatives of NIGC during my time at NIGC, we have been able to protect the integrity of Indian gaming, expand outreach, and develop new services that support gaming operations and its staff,” he added.

During Chaudhuri’s tenure, the NIGC pursued a number of initiatives. These included protecting against gamesmanship on the backs of tribes; looking at uncovering nontribal entities’ manipulation of business, professional, and employment relationships with Indian gaming operations to further their own interests at the expense of the tribal gaming operation, the tribe, and tribal members.

Another focus was on developing effective outreach for tribes with small and rural gaming operations. In 2015, NIGC hired a Rural Outreach Coordinator to help address this concern. NIGC has also implemented virtual training sessions at NIGC Regional Training Courses and promotes site-specific training by tribal request.

The Commission also strove to stay ahead of the technology curve and in March 2015, NIGC created its Technology Division, which oversees the agency’s IT, records management, technology related training and assessments.

In mid-May, vice chair Isom-Clause took over day-to-day operation of the agency, while Chaudhuri’s replacement will be appointed by president Donald Trump and confirmed by the Senate.

The NIGC is part of the Department of the Interior and was created following the passage of the Indian Gaming Regulatory Act (IGRA) in 1988. The commission is charged with overseeing tribal gaming, while commercial casinos are regulated by the individual states within which they reside.