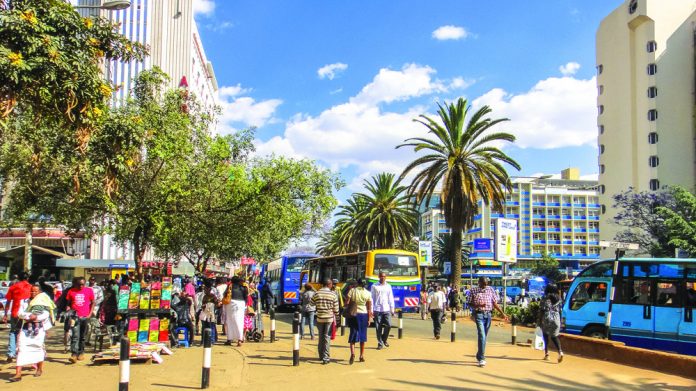 The operational state of play in Kenya has been one long typified by instability and this April proved to be little different.

In the short space of month the gaming landscape in Kenya has seen it’s fair share of worrying developments. The national revenue authority has decried an action of the judiciary, Interior Cabinet Secretary Fred Matiang’i has served an ultimatum to gaming licence holders and a bill to change the revenue taxation landscape yet again is being discussed.

Starting with the Kenya Revenue Authority (KRA) it is pertinent to understand the issues facing the nation’s finances to best make sense of its scattergun motives. The body is bracing for the new financial year (commencing 1 July) and hasn’t exactly been helped by market forecasts.

The International Monetary Fund expects the economy to top the $100bn (KSH10.1tn) mark in 2019, but this is to be done at a downgraded rate – although the Government disagrees. Revised forecasts have knocked the pace of growth from 5.95 percent to 5.83 whilst regional financiers are hopeful more of 6.3 percent, which would be the fastest rate in a decade.

Whilst Kenya will undoubtedly remain the largest economy in the east African region, the slowdown is matched with an ever-widening budgetary gap which the KRA is hoping to fill before July.

The authority had hoped to raise $16bn (KSH1.61tn) by the new year but is currently falling short by approx $5.78bn (KSH585bn). Gaming revenues have been earmarked as a potential solution to at least some of the problem.

To fill the gap a blanket 35 percent revenue levy was introduced last year and rather rapidly removed before the current 15 percent rate was introduced – with an additional 20 percent taken from player winnings.

It is the latter which is currently under jeopardy after a senior magistrate – Dennis Kivuti – refused to overturn a previous ruling stopping the collection of the levy despite the best petitions of the KRA.

The winning tax generates roughly $26m (KSH2.7bn) per month but has been withheld since 11 April. The magistrates decision relates to a historic lottery win but will be felt throughout all casino gaming premises, many of which have struggled since the latest blanket tax changes.

Land based operations had previously been paying 12 percent on overall turnover before the spate of changes have left them faced with 15 percent and a winners levy slapped on for good measure.

Kenyan casino revenue has been on the rise over the last five years and now onsite income generally exceeds costs by 10-25 percent according to Martin Dunford, a director at Golden Key Casino. Whilst the current 15 percent levy fits within this framework the KRA has tabled a bill that would bring it back up to 35 percent – a rate last seen during a short lived, ill fated period in 2018.

Such would patently be unsustainable for operators and now with the revenue authority faced with the prospect of losing its 20 percent winning tax the implementation of this higher rate seems more likely to rear its ugly head than ever.

Posing private ventures as a sacrificial lamb for national debt is not only an absurd concept, but one that national financiers have been reminded of at considerable length.

Earlier this year Dunford claimed that the imposing of the 35 percent rate would only lead to cessation of operation, mothballing an entire industry and by virtue all of its revenue payments, regardless of what the levy is set at. Similar sentiments have been echoed by those in the lottery and betting spheres with some of the biggest players having threatened to pull out of the nation before being offered the 15 percent reprieve.

Kenya’s Internet Cabinet Secretary Fred Matiang’i further increased tensions this month by insisting that the new financial year will see the implementation of increasingly stringent regulations designed to turn the industry “inside out”.

He commented at an April stakeholder meeting that betting operators generated close to $2b (KSH202bn) in the last calendar year but paid only $39.7m (KSH4bn) in tax. In response to the figures Matiang’i announced that as of 1 July all gambling licenses would be immediately suspended lest a report detailing full tax compliance can be presented to the national gaming regulator.

In theory the move will only serve to weed out illegitimate operations – and as such some of the biggest operators in the land have come out in favour of the announcement – but it once more highlights the distrust of gaming operations within the chambers of government.

The legislation allowing for this is expected to find little to no opposition on its route to law with the key question is whether it brings a revenue tax hike bill – tabled in March – with it on its way through.