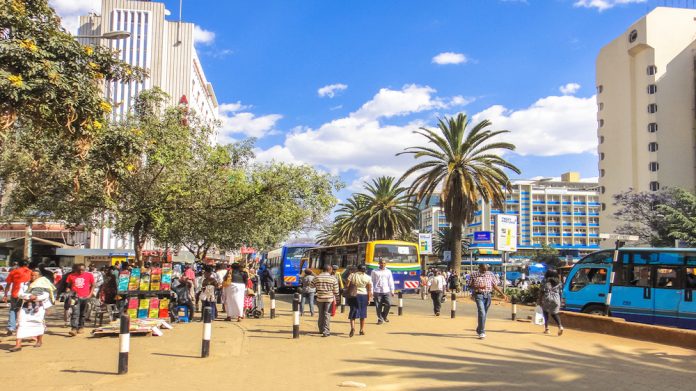 The Kenyan government is continuing to reform all levels of its gaming market through a course of grass level legitimisation and much needed tax structure review.

Progress towards a balanced, regulated gambling landscape is leading to top-to-bottom reforms throughout Kenya. At the highest levels of government the much maligned blanket tax on gambling is potentially up for review and at the grass roots local authorities are continuing to crack down on illegitimate slot operations.

The confiscation and destruction of unlicensed gambling machines throughout Kenya, led by interior cabinet secretary Fred Matiangi has come under fire from many invested in the trade but will not be slowed any time soon.

Raids to date have brought the seizure of hundreds of illegally operated slot units across the nation and central government is now calling on local leaders and religious heads to join the cause.

Matiangi has been understandably bullish about the progress made and has led to those who operate the coin-slot gambling business accusing the government of destroying their investment.

“The lot is complaining because they know that the business is not regulated. At the same time, the money collected in the machines is not used in the country,” Matiangi said in retort after a meeting with county commissioners in Nyeri.

The push against the crackdowns is being led in part by human rights activist Okiya Omtatah who has now sued Matiangi, his principal secretary Karanja Kibicho and county commissioners and wants them held personally liable for loss of earnings suffered due to machine seizures.

“The ongoing crackdown is discriminatory and unconstitutional and therefore null and void,” the petition reads.

He further argued that the decision to destroy illegally operated machines is in fact discriminating against local investors in gaming at a grassroot level, and that the actions of government officials unduly favour multinational gaming companies.

“Article 40 of the Constitution is violated to the extent that the respondents are confiscating and destroying private property which is protected by the law,’ Omtatah said.

He proceeded to specifically accuse the sued parties of being agents of the multinational companies as reason why they pursuing action against local operators, seemingly with little appreciation for the illegality of many ventures.

Undeterred, the government has specifically banned the importation and operation of gambling machines, a standpoint recently reaffirmed by interior chief administrative secretary Patrick ole Ntutu who spoke against the societal impact of the illicit operations at an event in Mombasa.

“We have banned all these gambling machines in Western [Counties]. We have been to Rift Valley and will continue destroying them throughout the country. We won’t allow our children to be misled by such gadgets. We will not even import them,” he said.

Whilst the interior is working with local authorities to tackle the grassroots proliferation of illegal gambling practices the country’s parliament has unveiled plans to lessen the tax burden on legitimate operators.

The Kenyan Finance and National Planning Committee has proposed a new blanket gambling tax rate of 15 percent, a notable cut from the current – and much maligned – 35 percent.

The Joseph Limo-chaired committee said in its report on the consideration of the Tax Laws (Amendment) Bill, 2018: “To be able to increase the tax base to also include winnings who form approximately 88 per cent of all the revenue generated from these activities and because this is the first time taxation is being introduced, the committee was of the view that 20 per cent is too high and hence the adoption of 10 per cent for both residents and non- residents.”

There is support for the notion, not least with operators, many of which either threatened to, or did indeed withdraw custom for the nation.

Joseph Kirui Limo MP and the finance committee co-chair, stated that his institution backs the treasury’s proposed reduction, but added that a 20 percent winnings tax (where it is believed much of the fiscal shortfall will be recouped) was too high for a first implementation and an easing-in period should be considered to aid player confidence.

While the news will rightfully be welcomed by operators, the proposal is still just that and will require approval by the full National Assembly and the President Uhuru Kenyatta, the latter of which has expressed willingness to wring everything he can out of gambling companies.

Kenya is not the only African nation aiming to legitimise its gaming market but what does set it apart is the player demand for services. If central government can keep pace with its regulatory activities and work with operators to create a more fruitful business climate then not only will businesses keep faith with the market they will surely thrive within it.