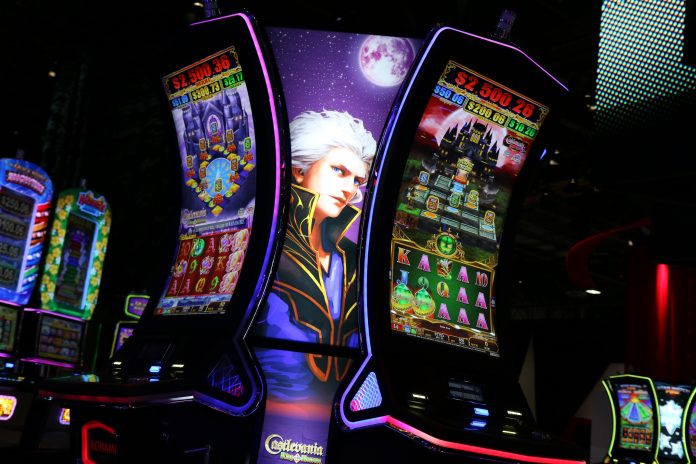 Konami Gaming, Inc. announced “outstanding reception” for its Beat Square rhythmic gameplay skill-based release at the G2E, where it made its debut.

Beat Square challenges gamers in a skill competition of rhythmic coordination to tap choreographed square buttons as they light up to the beat of the music.

As announced at the show by Global Gaming Business, Beat Square was awarded Best Slot Product in the 2017 Gaming & Technology Awards.

“Crowds lined up to join the tournament, top players kept coming back to defend their high scores, and eSports-style competitors teamed up to attempt some of the most challenging songs.

“We brought a full Beat Square Tournament installation to G2E as a glimpse into the potential for new gaming entertainment. The response has been widespread enthusiasm. Seeing the industry come together to experience this completely one-of-a-kind game has been unforgettable.”

In addition to an emphasis on single screen games, Konami’s G2E 2017 lineup included a variety of never-before-seen standalone and linked progressives.

More than twenty different types of progressives are featured across the Concerto Collection, including a robust offering of symbol-driven jackpots. Money Galaxy™’s cumulative triple bonus rounds, Power Boost Inferno™’s level-up wheel spin feature with a Supreme jackpot centre, and Castlevania™: Ring of the Heavens™’ symbol-trigger bonus adventure are among the all-new play mechanics premiered during G2E 2017.