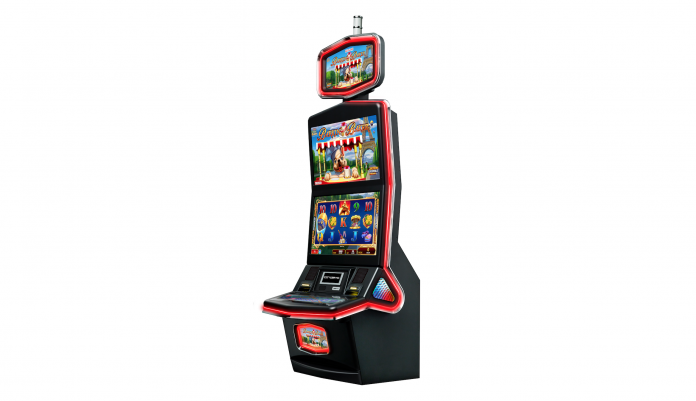 Konami will release a record mix of original linked progressives and base game themes to market with the show’s open, empowering tribal operators with the year’s best slot entertainment options.

Top developments from 4K video slots to next generation systems windowing technology will be featured at Konami booth #946 for an estimated 6,000 casino executives and tribal leaders to explore.

“At every level of the player experience, our focus remains on delivering the highest performing, top-quality games and technology to engage diverse customer audiences over time.”

NIGA 2018 marks a milestone for Konami linked progressives, all unique in math and mechanics.

Among which is Power Boost Inferno, which invites players to activate additional spinning pointers around a multi-round wheel bonus at higher extra bet contributions, for up to 10x odds at the Supreme jackpot. One of Konami’s top symbol-driven linked progressives on display at this show is Money Galaxy, with a 3-round stick-and-spin feature, three unique base games, bonus multipliers, multi-denomination options, and a large linked Maxi jackpot.

Other linked progressives at NIGA include the captivating cats of Purrfect Pirates and Purrdy Pirates, and the grand mystery of Magician’s Charm, with a configurable 4-level progressive.

“Konami’s latest progressive games leverage the most popular play mechanics, and deliver them in ways that uniquely and intuitively drive results,” said Whalen.

“Across every Concerto cabinet from Slant to Crescent, we’re launching never-before-seen features aimed at creating greater value for players and operators.”

Sparkle and Riches with Daikoku Triple Sparkle will be the featured 4K game themes, with options for standalone and linked progressive configurations.

As in years past, guests will have the opportunity to explore Konami’s award-winning SYNKROS® casino management system across the booth as a comprehensive demo environment. Leading advancements to True-Time Windowing – including web services, service requests, portrait-screen compatibility, and more – will be among the latest features. Business intelligence solutions will also be on display through SYNKROS Dashboards, an intuitive dashboard interface built to provide accurate and actionable data-points that drive both daily operations and long-term strategies.