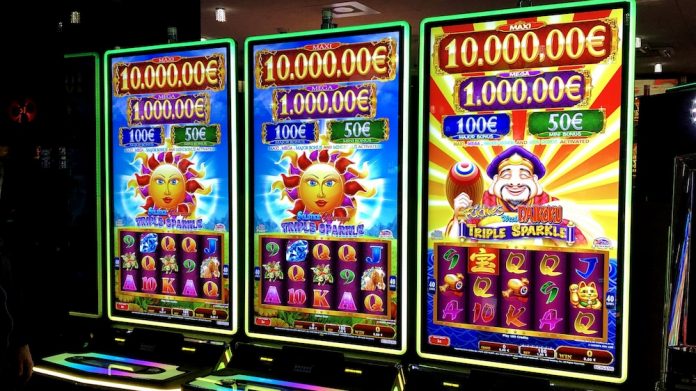 Konami Gaming has confirmed that Solvenia’s Casinò Fortuna is the first in Europe to give guests the big-screen experience of their Opus video slot cabinet.

With a 65-inch, 4K Ultra HD display, the machines provide an immersive gaming experience in every spin, for the enjoyment of players and pairs. The Concerto Opus™ cabinet is making its European debut with two integrated progressive games, both based on popular Konami classics: Solstice Celebration™ and Riches with Daikoku™. The machine’s launch was celebrated at the same time Casinò Fortuna is commemorating its tenth anniversary.

“We are thrilled that Konami’s Opus cabinet and debut Triple Sparkle series was able to be part of Casinò Fortuna’s anniversary, marking an important milestone for the company and for the larger European gaming industry.”

“Casinò Fortuna is always seeking fresh opportunities to give its guests a new dimension of entertainment and excitement,” said Eduardo Aching, Vice President, International Gaming Operations at Konami Gaming, Inc. “We are thrilled that Konami’s Opus cabinet and debut Triple Sparkle series was able to be part of Casinò Fortuna’s anniversary, marking an important milestone for the company and for the larger European gaming industry.”