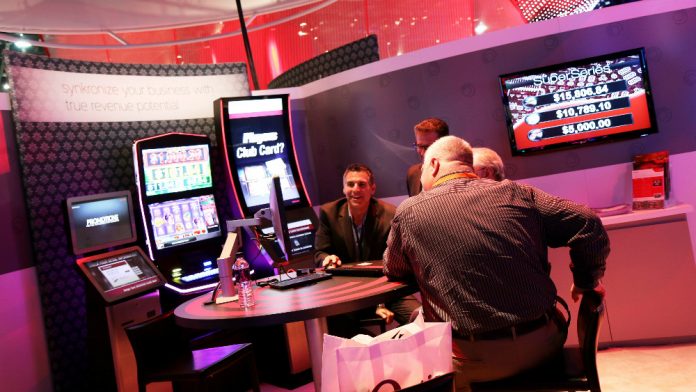 “With everything including skill-based, multi-station, premium IP, horse racing, and top-performing core, Konami is supporting the industry with an unprecedented diversity of gaming technology to advance both the immediate and long-term casino landscape ” said Matt Reback, vice president, marketing at Konami.

“The Industry response to the expanding Concerto collection and these incredible new concepts has been outstanding. Our casino customers have expressed interest in an expanded lineup of core products as well as innovative next generation products, and our R&D team has brought these latest developments to life with the quality and creativity that Konami is known for in the industry.”

Konami has the core creative power to bring new variations of gambling entertainment to the market so our casino customers can offer their diverse player groups an array of gaming options.

“Konami’s core gaming roots hold firm in entertainment, amusement, and arcades. The technology and development resources we have in America, Australia, and Japan are best-of-breed, and we’re thrilled to be able to bring those advancements to the casino gaming realm in new ways during this year’s G2E,” said Reback. “Konami has the core creative power to bring new variations of gambling entertainment to the market so our casino customers can offer their diverse player groups an array of gaming options.”

Also stemming from its strong digital gaming entertainment heritage, Konami’s Castlevania made its debut in Vegas, on the all new Concerto Crescent curved cabinet – one among several machines featured in the Concerto collection. “Castlevania signals another iconic Konami IP release that we’re thrilled to bring to casinos around the world, with a truly captivating delivery on Concerto Crescent’s high-definition display,” Reback said.