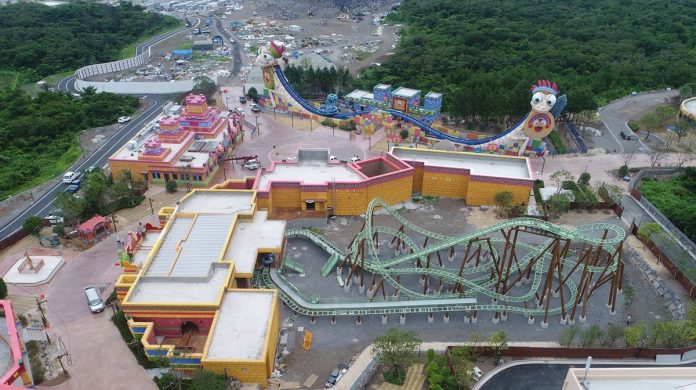 Hong Kong-listed Landing International Development has secured full control of Jeju Shinhwa World, with executives confirming that the company is ‘tentatively’ aiming for a soft opening on 28 February.

The investment firm announced that it has gained 100 percent control of the foreigner-only casino project on Jeju Island in a filing on 2 January.

Landing International has taken over the remaining 50 percent stake from Genting Singapore for a consideration equal to $420m.

Speaking to the gaming media, Chris Block, EVP of Casino at Landing Entertainment Korea Co, stated that the casino at Jeju Shinhwa World is likely to open to the public in late February.

Block explained that the company expects to have all the necessary approvals to relocate its existing casino in Hyatt Regency Jeju to Jeju Shinhwa World by early February.

“The casino has been totally finished since December […] the licence transfer has to go through the local legislature.

“We want […] a bit of wiggle room and set an opening date to the public for 28 February, and then a gala grand opening about 2 March.

“This is tentative and it is anticipating the process goes [forward] as it should.”

Amid unconfirmed rumours of a Chinese ban on package tours to South Korea, the company has stated that it is working to attract independent travellers from North and Southeast Asia via targeted promotion campaigns, rather than relying on visitors from mainland China.

“We are also targeting at Japan, which is a very important source market.”