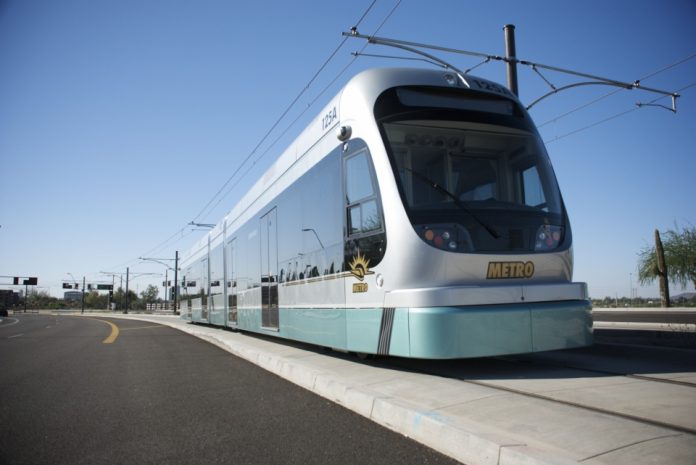 Hitting the industry headlines this month: talks to bring a light rail system to Las Vegas are gathering pace, Crown Resorts has been tipped to operate a major new casino development on Australia’s Gold Coast and Fremont Street pays tribute to Prince.

[dropcap]P[/dropcap]lans to bring light rail to Las Vegas are moving forward, according to a report in the Las Vegas Sun.

Proponents of the transit technology are pushing it as a way to better connect McCarran International Airport with the Strip and downtown Las Vegas. Officials have not yet resolved one of the proposal’s biggest uncertainties – how it would be funded – but they have started to make some progress on the general concept.

“When the board of Southern Nevada’s Regional Transportation Commission adopted a major transit plan [in April], it gave the green light for officials to get started on certain planning steps related to light rail,” the publication stated.

Community conversations about funding light rail are already underway, but Tina Quigley, the commission’s general manager, said “we’re just dipping our toe in the water on it” right now. According to the Sun, the whole process and timeline could be upended if officials find a way to privately fund a light rail system, use only local public funds or some combination of the two.

In Australia, James Packer’s Crown Resorts is understood to be negotiating with a Chinese-backed consortium to operate a A$2bn (E1.3bn) waterfront casino resort on the Gold Coast. Local daily The Australian said that, after losing out last year to the Star Entertainment Group for the rights to build the Queen’s Wharf casino in Brisbane, Crown is the favourite to front a bid for a second casino licence on the tourist strip.

The Gold Coast is one of two ­regional licences up for grabs, along with Cairns, after the former Newman government proposed three “integrated resort developments’’ including Queen’s Wharf to boost tourism and construction.

Finally, Prince, the celebrated artist who passed away on April 21, was honoured in Las Vegas, with hotels and casinos across the US entertainment capital turning purple in honour of the musician. The Downtown Fremont Street Experience hosted a special audio-visual event featuring Prince’s most famous songs, while local news recounted his iconic run at the Rio 10 years ago.