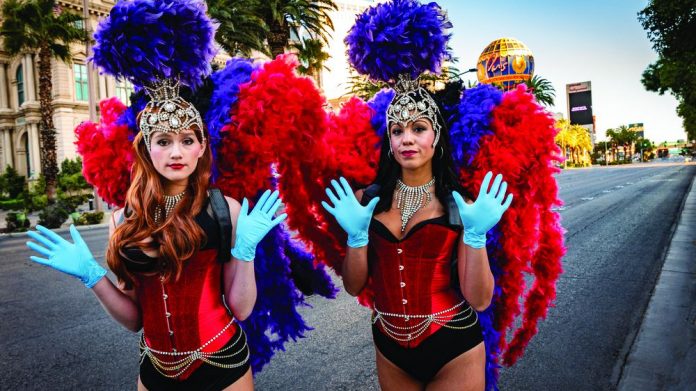 Once lockdown is lifted Las Vegas may look a little different, with operators up and down the strip preparing for an overhaul of health and safety measures in light of the global pandemic and increased expectations from customers.

Las Vegas properties could still be weeks away from opening across the US, but when they do, it won’t be business as usual, with operators preparing for a market with new expectations on health and safety.

Potential safety measures being considered upon reopening include enforced physical distancing, mandatory masks, temperature scans at the door, a half or third of slot machines working, every other table closed, and plexiglass barriers between dealers and customers or separating slot machines. Staff may be standing by to wipe down slot machines, kiosks and even elevator buttons as soon as someone is done touching them. One Las Vegas property even plans to hand out plastic sticks for pressing the buttons.

Nevada’s current shutdown order was initially set to expire before the end of last month, but Gov. Steve Sisolak has stated he wants to see two weeks of declining COVID-19 infections before even thinking of opening up. In the meantime, the Nevada Gaming Control Board has issued guidance to operators regarding the steps they need to take to restart operations.

In MGM Resorts International’s first-quarter earnings conference call at the start of this month, the operator promised a plan for a phased reopening, with acting CEO Bill Hornbuckle stressing the importance of restoring consumer confidence.

In the first earnings call of his new role, Hornbuckle said New York-New York and Bellagio would likely be the first of the company’s 13 Southern Nevada outlets to open. The operator is burning through about $270 million each month that its US properties remain shut, however Hornbuckle acknowledged that health and safety must come first.

“While we have always placed health and safety at the forefront of all that we do, there are new imperatives,” Hornbuckle said in his opening remarks. “Consumer confidence is key to economic recovery and thoughtful strategies are vital to building public trust. This is a responsibility we take extremely seriously.”

He promised a detailed reopening strategy within two weeks, adding that the company has been working on specially designed technology to increase the safety of its properties. These include the idea for a touchless experience across the entire guest experience, with MGM investing in digital innovations as well as physical PPE.

“We know there are a number of key areas that are essential to protect the public and build confidence in our ability to put people back to work and safely welcome guests,” he continued. “We’re collaborating with public health officials, experts in epidemiology and biosafety, and both state and federal governments to come up with a set of protocols that will help deliver a safe environment. These will include measures like physical distancing, stringent sanitation and provisions of PPE, crowd management and more.”

Hornbuckle believes that when the gates finally open in Nevada, they will open for everyone, allowing companies to have the opportunity to emerge at their own pace, with MGM eyeing “two or three offerings initially”.

The operator will find New York-New York one of its easier properties to manage with only 2,000 rooms, and Bellagio would be able to compete with neighboring high-end properties on the Strip.

“From there, we’re talking about what other properties should open, if any, at that point in time,” explained Hornbuckle. “Most of these properties need to be between 30 and 50 percent (occupied) to generate any kind of cash that is meaningful, i.e. meaning not going backwards. So we’re going to see how the market responds.”

The acting CEO has confidence that conventions and parties will eventually come back, but he noted that it will take longer than the Southern California drive market’s return.

“We do believe, because drive-in traffic particularly spikes in the summer, that regionally we’ll see a substantial amount of drive-in; there’s obviously pent-up demand,” he said.

Also on the strip, Wynn Resorts proposed a 15 May phased reopening, then moved it back to Memorial Day weekend starting 22 May. Down the road at Las Vegas Sands Corp. the Venetian has unveiled plans to ensure customer safety once the venue gets the signal from Sisolak to relaunch operations. Across the country in New Jersey, the state’s Division of Gaming Enforcement, which must give the all-clear before Atlantic City’s nine properties can reopen, said that it “has engaged with the casino industry to develop plans for the safe reopening of Atlantic City’s retail casino operations when authorized by the governor.” In outlining a plan to reopen the state, Gov. Phil Murphy is yet to give any indication when properties might reopen. Up the coast in Massachusetts, the state’s three casinos will remain closed until at least 18 May.

Elsewhere, other venues are ready to get restarted sooner. The Coeur d’Alene in Idaho plans to open its doors for limited operations by the end of the first week of this month, and casinos in Montana are expected to follow suit the following week. While all businesses will be hoping reopenings meet deadlines, the nature of the current pandemic has made a fickle foe of fixed dates. All operators can do is prepare to get restarted, and wait for the lockdown to be lifted.